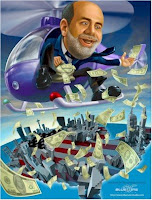 I still wash the ziplocs, because I don't want to waste money needlessly. Those thrifty habits are pretty ingrained, but I don't sweat the "small stuff" as much as I used to.
Posted by Sharon Kwilter at 9:47 AM