This weekend Jeff went off to a conference so I decided it was a good opportunity to spend the weekend sewing. I decided to practice the whirligig pattern before starting a large quilt. (I don't know the real name of the pattern, that's just what I started calling it.) In a day and a half, I almost finished a new lap quilt. 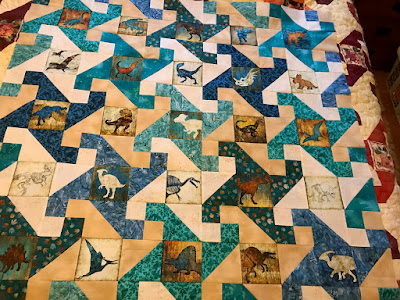 I didn't manage to get the borders put on before Jeff got home, but I did get it mostly pieced.

The fabric is called Lost World designed by Dan Morris for Quilting Treasures. The dinosaurs came in a panel. Even though they reuse some of the dinosaur shapes, they all have different coloring, so no two squares are alike. 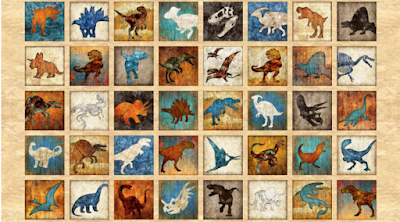 I might try quilting this one myself. I don't like machine quilting because it's hard to deal with all the bulky fabric and batting on my regular sewing machine, but I may give it a try. 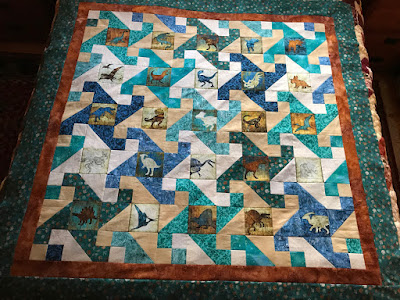 And here's the backing. I used up about half of the excess fabric. 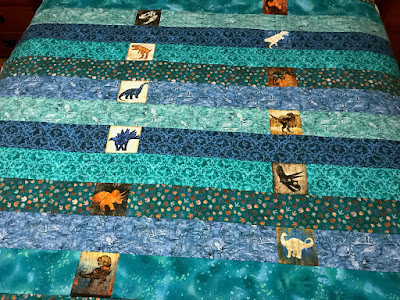 Posted by Sharon Kwilter at 9:53 PM