Last Wednesday, which luckily turned out to be a fairly sunny day, we hired a couple of movers from Oregon Trail Moving to help us move some furniture from storage and to rearrange furniture inside the house. Since it was so hot last summer we decided it would be worthwhile to move a bed down into the finished basement. The long-term plan is to install a murphy bed, but we just moved one of our bedroom sets down there for now. (I guess I haven't taken a photo since we cleaned up and made the bed.) 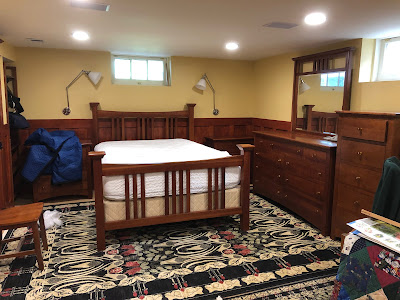 I don't have a good photo of the other side of the basement yet. Last night we got the television installed on the wall bracket and we started hooking up the gear. It's going to look a lot nicer with the wires all behind the walls. We are still hunting for a used nice-looking media cabinet so we will continue to use the inexpensive IKEA unit we bought to use during the remodel. 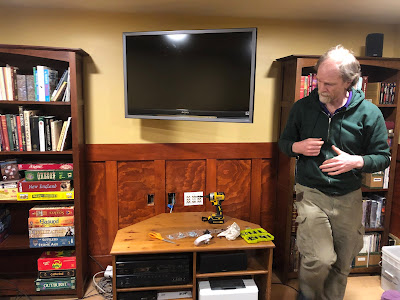 I also started moving my quilting stuff into the upstairs bedroom. I need to try and figure out the best way to use this furniture. Those are two Stickley bookcases and a Borkholder console table (all solid wood) that I scored off craigslist for very good prices. I think I may cover the console table with an ironing pad and use it as a permanent ironing station. 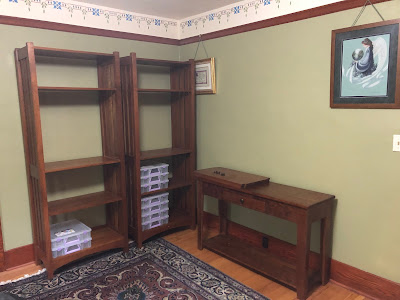 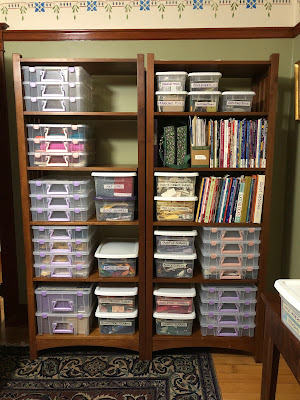 I'll have to show photos of the second bedroom next time. I still haven't taken any pictures since we moved in the new furniture.
I had planned to have the movers just move the big furniture pieces and then we would move the rest of the boxes and little stuff ourselves, but they managed to get virtually everything loaded in our pickup and rented U-Haul trailer. We only have a few things left in storage to retrieve before the end of the month. 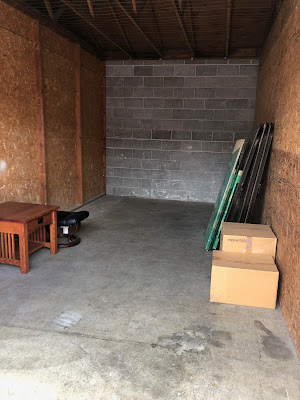 The extra help was great, but I had rather expected to be able to deal with stuff a little at a time. Since everything came at once I now have a rather large pile of boxes down in the basement I need to finish sifting.
Posted by Sharon Kwilter at 4:20 PM