Before we fill up the garage with stuff again, Jeff said he wanted to insulate the attic first. We don't want to put up a ceiling because we want to be able to easily access the attic space for storage. So, we decided to try insulating up in the rafters instead. 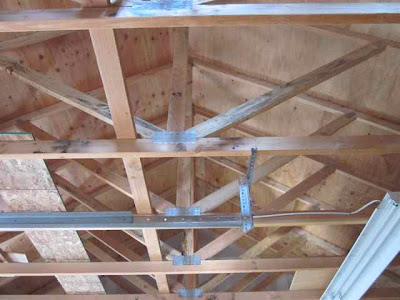 Jeff bought the rigid insulation the guy at Knez Building Materials recommended then crawled around in the trusses and measured the gap between each of them. Then we spent a couple hours slicing it up into pieces that were supposed to fit between the trusses. 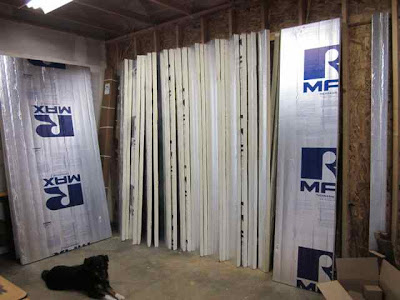 I thought it would be a quick little project—and take maybe an afternoon or two. The reality has proved otherwise.
Jeff has already spent quite a few nail biting hours crawling around in the trusses. (I'm the one doing the nail biting, not him.) And despite his hours up there, he's only managed to stuff insulation into about seven of the 20 bays between the trusses. 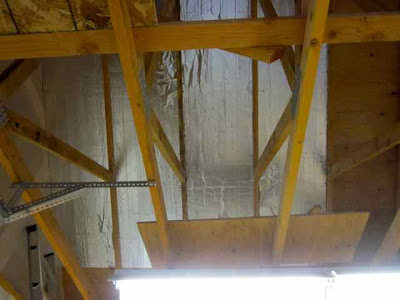 At this rate, it will probably take him the rest of the week to finish this project. Poor guy.

Though, this afternoon, I did go buy some heavy duty plywood to insert in the floor of trusses. I'm hoping it will increase Jeff's speed and reduce my worry about him falling.

Posted by Sharon Kwilter at 7:50 PM