I finally finished stenciling the rest of the linen furnishings for the master bedroom this morning. I'm pretty excited.

I made two dresser scarves and a small curtain for the closet. I went ahead and used the iris stencil I already had. It would have been really cool to make my own, but we all know how those attempts went . . . 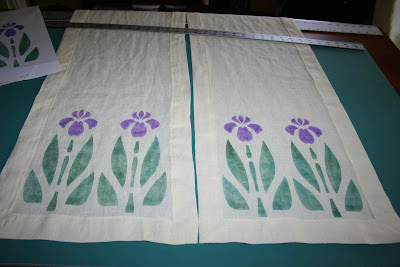 I figured I may as well just put them in place to dry since they won't really be in the way. And it's probably safer than having them lying around on a table. They could all use some ironing, but I don't dare iron them until they've dried for a week. 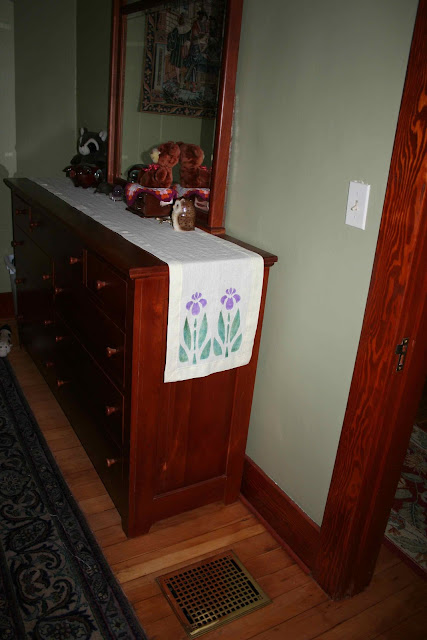 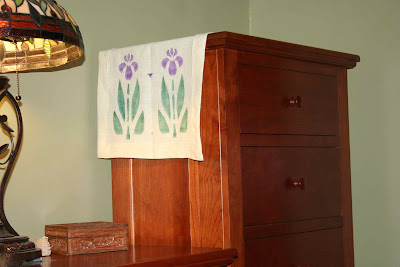 The closet door has a window because that space was originally a screened-in sleeping porch. The Leonard family enclosed it into a sun room and then we converted it into a closet. We probably should have replaced the door to match the rest of the bedrooms, but it seemed like a pretty optional expense so we've left it. (Who knows, maybe the next owner will want to turn it back into an open porch.) 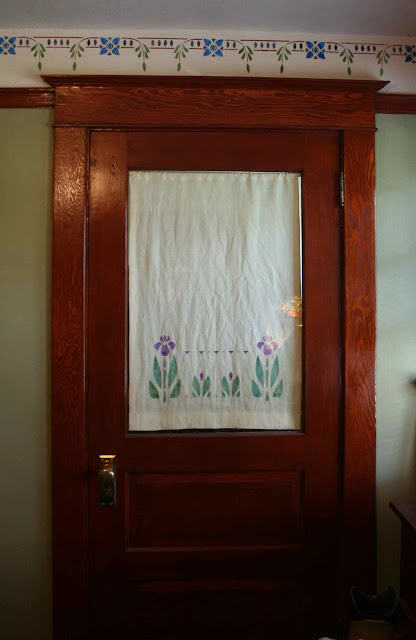 I'm still trying to decide how to proceed with the dining room runners. I'll probably "etch" the stencil design onto mylar with the cameo, and then try going over it with a razor blade to release the pieces. Hopefully it will work and look better than the stencil I cut by hand.

Posted by Sharon Kwilter at 2:39 PM