Now that the dining room is basically finished and put back together, I finally found the motivation to work on the one last project I want to do for this room — stencil the linen table runners I made back in March. 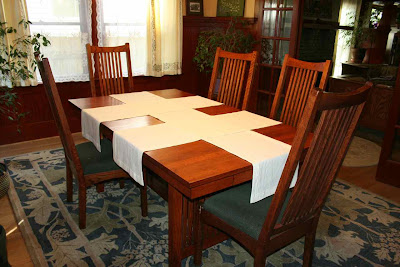 Today I cut out the stencil design I lifted from a 1913 Gibson catalog (specifically, the top right one in this image below): 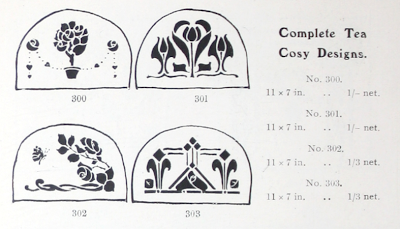 Since I still have the silhouette cameo, I went ahead and "etched" the design into the mylar first. It's probably faster than hand-tracing the design onto the plastic and then cutting with a craft knife. 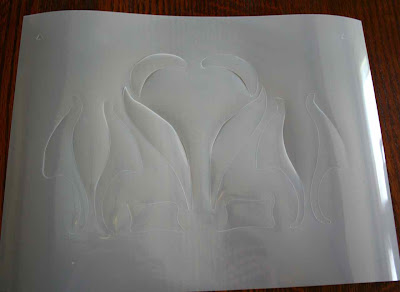 Then I carefully went over the lines with a craft knife and finished cutting through the mylar where needed. 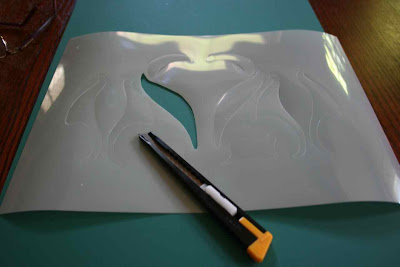 It took an hour or two to finish hand-cutting these, but I think I managed to get a pretty decent two-part stencil out of the effort. 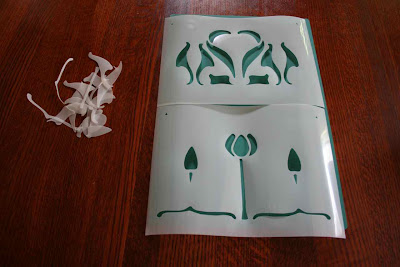 Next up, painting practice and putting the stencil on the runners.

Posted by Sharon Kwilter at 4:18 PM