Jeff and Eric had a long day putting woodwork back into our master bathroom. 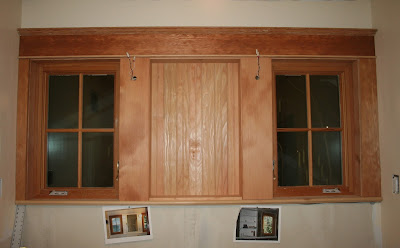 It was a real hassle getting it put back together because the walls had been furred out a couple of inches. We discovered when we demo'd the room that the lower part of the wall protruded out a couple of inches further than the area around and above the windows. To make the wall be on one plane, we furred out the portion above the windows as well. However, that meant a bunch of changes had to be done with the woodwork before it could be installed again. 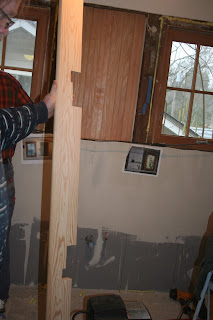 Tragically, when we thought we could replace the vent pipe, we removed the original stool/window sill. So, first thing they had to do was to replace it. It was a pain to cut the new piece of wood around all the existing framing. 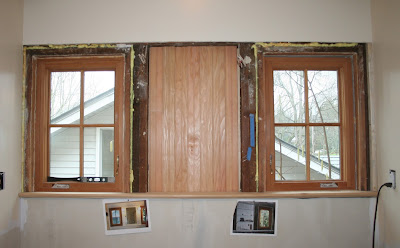 Then they actually ended up adding a small box within the window area to extend out the wood to the plane of the wall. 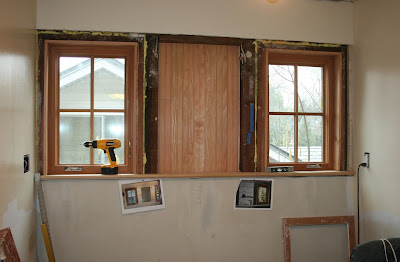 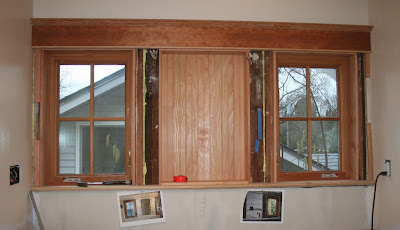 Then they added vertical pieces to cover the gaps. The wood we used was mostly all salvaged from our earlier remodel and a few pieces from the salvaged douglas fir we bought a couple years ago. I believe one of the pieces was actually from the shelf that was formerly in this room.

Unfortunately, I didn't get the crown 100% stripped before they had to put it in. So, I have a project to finish this week. 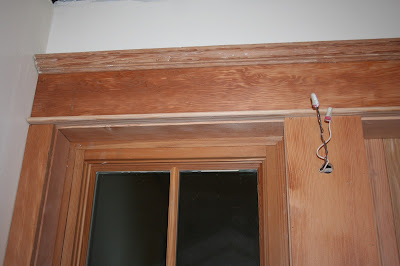 In some sense it will be easier now because the crown is fixed and I don't have to keep clamping it.

The new wood, the rounded parting bead/crosshead strip, really jumps out at you because it is so much lighter colored. I hope it stains OK and will blend in better. My current plan is to stain this woodwork before the cabinet goes in on Feb 5th. 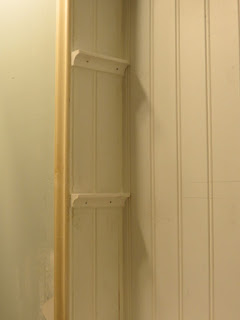 The medicine cabinet is still not done. Tragically, the old door won't fit the new framing so we need a new door. I'm hoping Jeff will make a new door, but he doesn't really want to. We also need to add some shelves. We're going to use a fairly small molding to hold them in place. Something like this....


The douglas fir for the ceiling finally arrived today and the guys already cut it down and we're gonna let it acclimate for a few days before we start finishing it. I'm hoping to varnish it before it's installed. 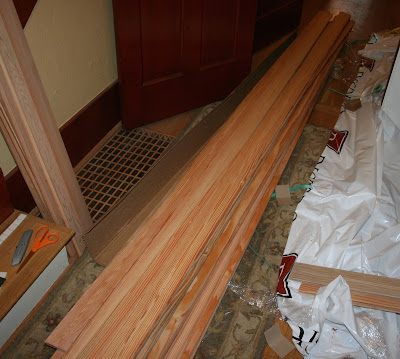 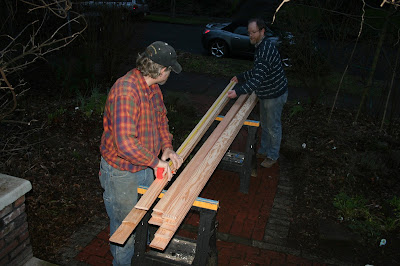 Posted by Sharon Kwilter at 8:01 PM