Today started out with snow, but it didn't stick. And, surprisingly, by the afternoon the day had turned sunny.  So, we finally made a long anticipated visit to One Green World in Portland. Primarily, we wanted to purchase kiwi vines to plant on our pergola. 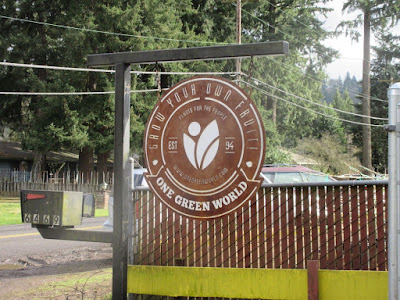 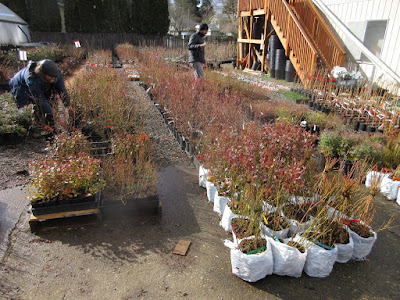 We also picked up six different blueberry plants and one asparagus. 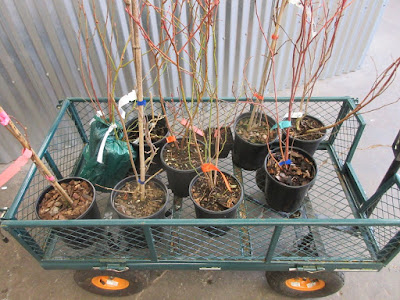 We got a variety. I'm going to list them here, mostly so we retain a list. LOL

After these plants start producing, we'll try and report back on how they do.

Posted by Sharon Kwilter at 7:11 PM