I really should be posting more frequently. We have been doing stuff. Or at least we have been hiring people to do stuff. LOL
Shortly after my last post, we discovered our roof has to be replaced. The shingles are fine, but they didn't install them correctly and there are areas with no plywood underlayment. It is VERY FRUSTRATING as I spent a long time trying to find a reputable roofer to do the installation. But since it has been more than 10 years since the installation we can't actually go after the roofer, in the unlikely event they are still in business. (Apparently, many of them set up a business, work for 10 years, then shut down the business so they don't have to deal with installation issues. Then they start up a new business with a new name. And repeat the pattern. It's really dishonest and I don't understand how they continue to get away with it.)  Rather than let it continue to rot out the roof framework we made the difficult decision to just replace the roof again.
Anyway, we decided to get an Interlock Metal Roof. The company has been in business for a really long time and I can't find bad reviews or evidence of dishonesty. With any luck, their claims that you never need another roof are true. We probably won't be here long enough to have to worry about it in any case. Unfortunately, it's late enough in the season that we may have to wait until spring before they'll be able to put it on. (They don't install roofs when it's raining.) 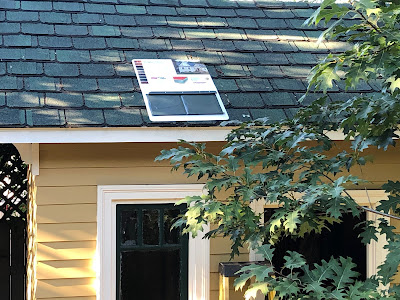 We also are buying LeafGuard Gutters. We had them long ago when we lived in Forest Grove and we really liked that we never had to clean them so we're getting them again. They'll be installed after the new roof is put on so we have to deal with the bad rain situation for another winter.
We also hired Conserva Irrigation to install drip irrigation for us. We've been wanting to put it in ourselves for the past several years, but it is clear we just are not motivated to do it. The new system will be installed to code and there will be a controller and we should be able to program it to run on a schedule, unlike the original plan to just attach it to hoses to make it work. They'll be starting that work in a couple of weeks.
Finally, I hope the last thing, we hired Pride and Joy Landscape, to help us get the yard back into shape.  They took away two trailers full of yard waste and everything is looking much tidier. But, I'll be honest, they did remove several plants I would have preferred they leave, but that is my fault for not marking them better, or doing a better job communicating which plants I wanted to save. After the irrigation is put in, they're going to come back out and help us spread mulch for the winter. And I'll probably move some plants around into better locations once we'll be able to water them more easily. 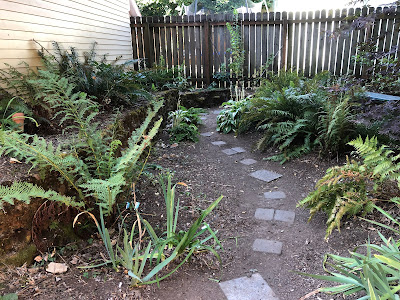 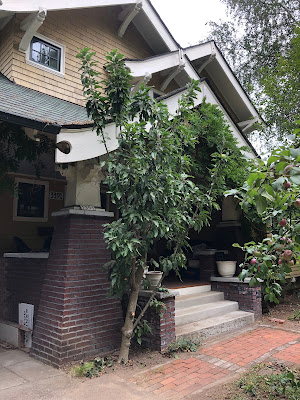 So, yeah, that's a lot of upcoming work. We're spending way too much money on this house again. I haven't even added it all up and I'm sure I don't want to. But at least Jeff is working again so it won't all be coming out of savings.
Posted by Sharon Kwilter at 2:38 PM

Email ThisBlogThis!Share to TwitterShare to FacebookShare to Pinterest
Labels: Backyard, Before and After, Garden, Landscape, Roof