Jeff and Sharon both had unfun birthdays this year. In June, on Sharon's birthday, we were organizing the garage. Yesterday, on Jeff's birthday, he got to cut and pound cement. Though, on the bright side, he got to use a big manly tool. 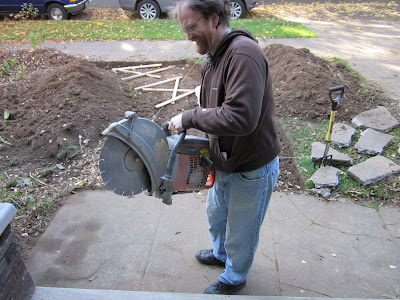 The plan was for Jeff to cut a line in the cement so that when he broke the section next to it, it would break along that line. It mostly worked. 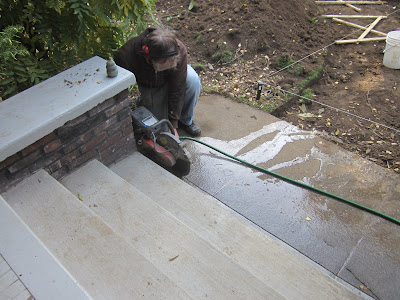 Then Jeff went through with a sledge hammer and digging bar to break up the cement for removal. 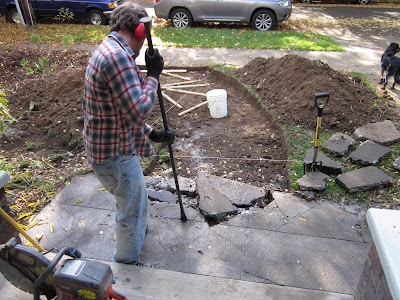 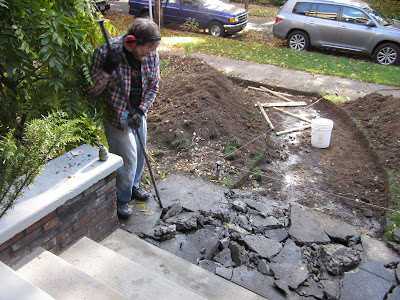 Jeff actually expected to get a bit further on this project yesterday, but it took so long to get the cement out of there.

This is where Jeff started this morning. 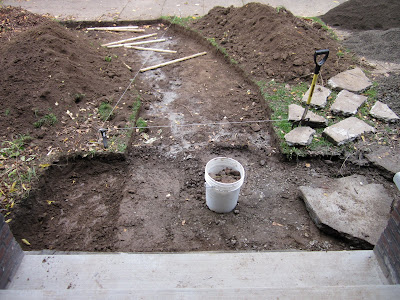 Today we decided to find some help for Jeff; someone who could actually dig. We don't want to break Jeff.

Jeff and his helper, Buddy, got a lot done today. Actually, they got further than Sharon expected. They finished excavating the path area, laid down landscape mat, then put down 6 inches of gravel and used a rented plate compactor to compact it down. 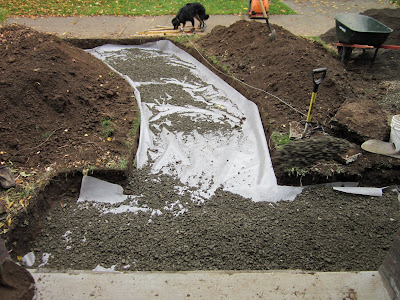 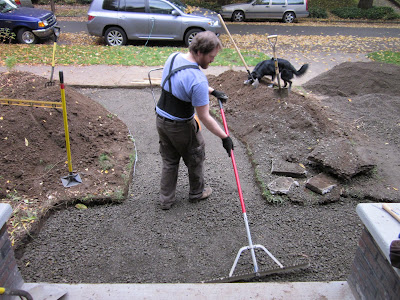 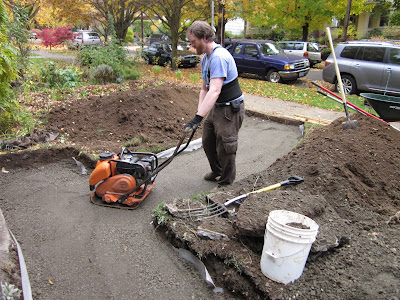 Then they put in snap lock edging, and filled it with an inch and half of sand.Then we started laying the bricks. 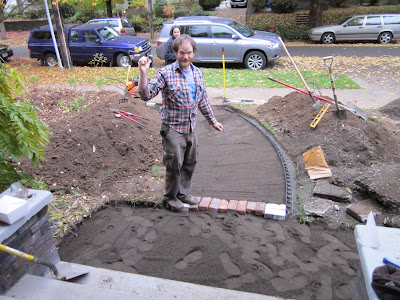 And we continued to do that until the bricks started to run out and the rain really started to pour. 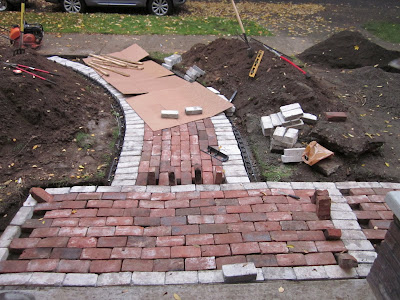 Obviously, we'll be cleaning bricks this weekend. We put down the cardboard in an attempt to keep the dog child off the sand; it probably won't work.
Posted by Sharon Kwilter at 5:00 PM