Lots of Walking This Month 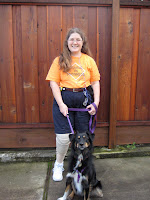 Despite the rain, Shasta and I managed to get out walking as much as we could. I've taken to walking to whatever I can, which often include Whole Foods (when we don't have a large shopping list), the library, and the local market or restaurants. I'm not in the greatest shape yet, but I've worked up to over 2.5 miles per day on average this month (half of my long-term goal). Though, due to having so many days of rain, I had to do some of my miles indoors—doing Leslie Sansone Walk Away the Pounds exercise videos. Shasta has been my great walker buddy whenever we can make it outdoors. 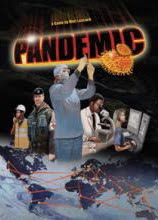 While we were in Oregon last month, Jeff was given a new board game called Pandemic. It's a pretty cool game where all the players have to cooperate--because all the players win or lose together. Jeff is quite obsessed in figuring out the best way to "win" the game. He has played it a lot this month and has even dragged me into quite a few games. We really need to schedule a game night so he can drag some new folks into his obsession.

Our compulsion to watch every Netflix movie possible has finally eased. We still watch a lot of programs and movies, but we actually turn the TV off once in a while! We actually had District 9 for three days before we watched it!
Posted by Sharon Kwilter at 6:16 PM