There and Back Again

Last Friday, Jeff and I slipped out of town to visit family in California. We actually left earlier than we originally planned because the weather forecast was so bad for Saturday. The drive was really beautiful. You could actually see Mt. Shasta all the way to the top--there was no cloud cover! (That rarely happens.) 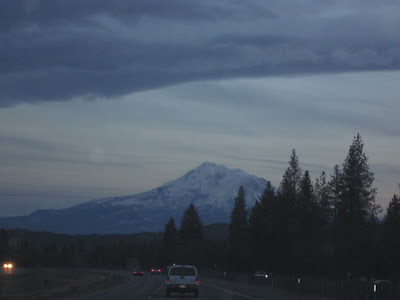 We had quite the whirlwind of visiting with family and friends. The only thing that managed to slow us down was when we caught colds. But, otherwise, it was a really wonderful visit!

Then, today we risked the drive back up to Portland despite the likely event of snow. We were very lucky and never needed to use the chains. We did hit snowfall four times but the snow was never deep or heavy enough to require chains. The scenery turned out to be really spectacular! Everything is so pretty with a light frosting of snow. 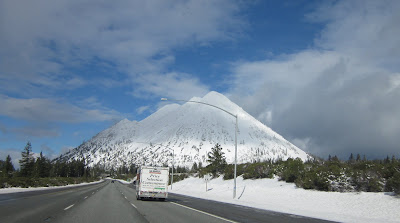 I think this is a cinder cone of Shasta, named Shastina. Mt. Shasta was totally obscured by cloud cover and we never saw more than the base. 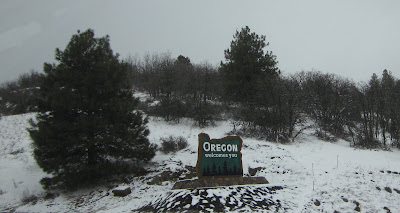 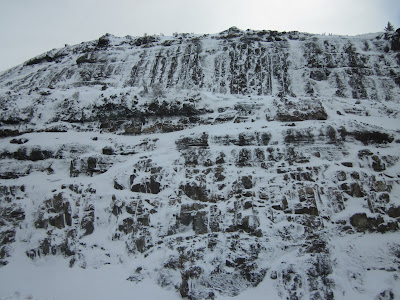 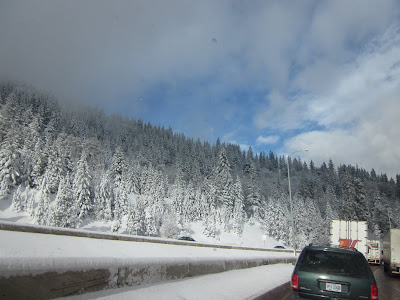 Posted by Sharon Kwilter at 9:25 PM