Despite record rain over the last few days, I am happy to report our basement is dry!! Obviously, the French drain the guys installed last spring did its job. October was Portland's wettest winter in the last 100 years. There was widespread flooding throughout the city yesterday. So, if our recent rainfall is any indication of what we can expect this winter, I'm glad the guys took the time to install it.

Jeff and I spent a lot of time writing this month. We're working on a science fiction story. It's about 160 pages so far. I'm hoping we'll finish it by the end of the year.

The weather has been pretty uncooperative to finish the bathroom. We need a sunny day to clear space in the garage and use the table saw. It seems like every time we have a sunbreak, the dogs are bouncing off the walls and Jeff takes them to the park for some run time, then by the time he gets back it's raining again. I have faith we'll get to it soon.

Jeff and I have been spending a lot of time writing lately, but I finally got some more work done on the master bath last week. I finished cleaning up the glass and I put the windows back together. 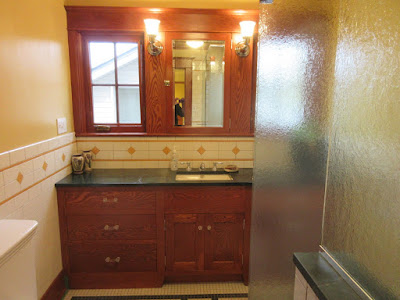 I have used the shower and it is nice to be able to shower upstairs again, but I need to install the grab bars. I'm hoping to get the shelf and towel hooks installed next week. We're waiting on a reasonably clear day so we can clear space in the garage to cut up our large pieces of fir. I'm hoping for next week, but given our current rate, it may be longer. 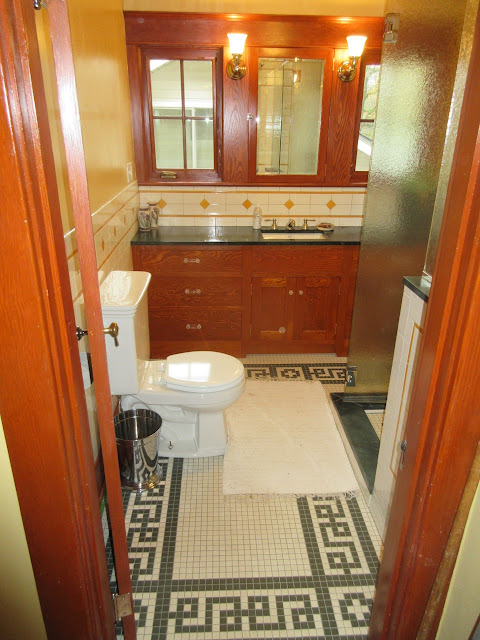 The tile looks better in the pictures than it does in person. I'll have to take some closeups to post soon. Barrett clearly had a problem getting tile flush and evenly spaced on the walls. Somehow, given all the problems and delays, this should not surprise me.

When the glass installers came out last week to put in the glass, they told me they were having the door hinges overnighted. Well, apparently "overnighted" means, another week. But, FINALLY done. 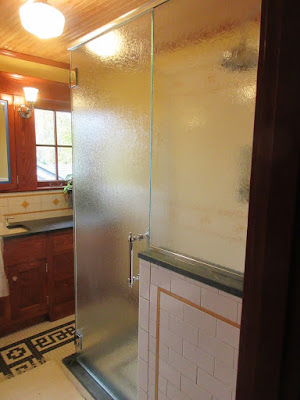 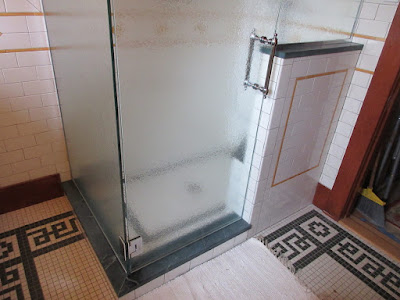 I've finished putting more coats of varnish on the medicine cabinet, so I'll get the bathroom put together this weekend (I hope).

We've decided to install a stained shelf on the toilet side wall, something like the below photo, so I'd like to buy fir for that soon. 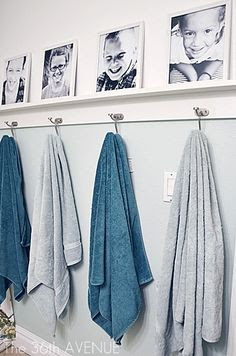 I had bought a train rack for that wall, but it would have had to be installed off-center due to the ductwork in the wall, so I just decided to do this long shelf design instead. We'll install the train rack in the basement bathroom, which could really use the towel storage space.