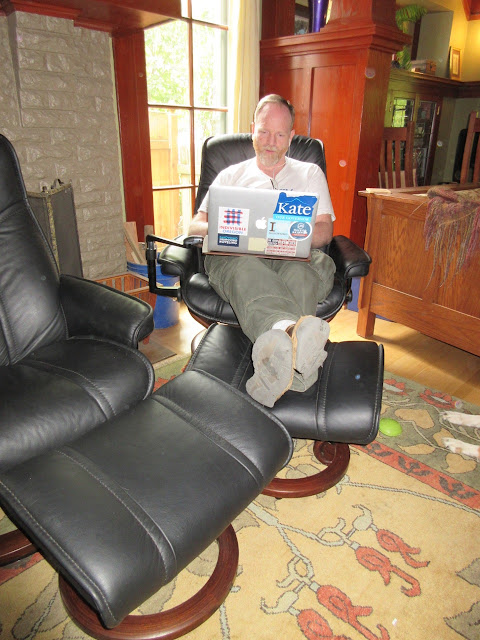 I have been scanning like a woman obsessed. I actually scanned photos for more than eight hours both today and yesterday. It's been fun to post some of the best family photos on facebook for family members to share the memories. But after about 8 hours, my back has had enough and I go crash in my comfy recliner in front of the TV and goof off with my remodel plan.

I thought I had a contractor lined up to start the work this winter, but he just wrote me that his head guy might be leaving and then he wouldn't be able to take the job. So, I have spent several hours shopping around for another contractor so we'll be prepared no matter his answer.

I've also been poking around to see if we can find the wonderful green soapstone again. I do love it. But just in case we can't, I made plans for both contingencies. Then, once we find a contractor, we'll be super prepared to get started.

Here is the tentative plan if we have to use the black soapstone: 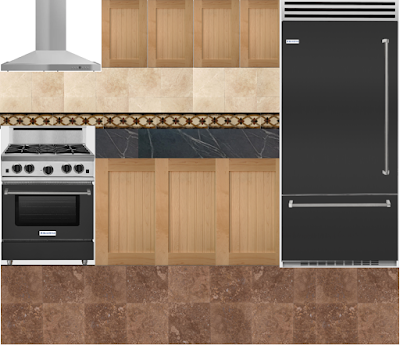 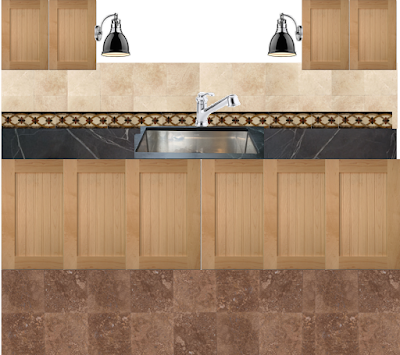 Yeah, I clearly have way too much time. But this was fun to work on in front of the TV. Obviously the counter is all wonky and nothing is particularly to scale. I was just trying to see how the colors looked together.

Read more »
Posted by Sharon @ Laurelhurst Craftsman at 12:07 AM No comments:

I've now finished sifting all the old file boxes. I still have a bunch of shredding left to do, but I now have a stack of 14 empty plastic file tubs. Woo hoo! I figure I'll shred stuff until my shredder dies, and then I'll bring the rest into a commercial shredder and pay to have the project finished.

I've already spent three days scanning old photographs. I had about five tubs of old family photos I wanted to digitize. I've mostly finished scanning the photos in two of them. I'm also planning to disassemble the majority of my old photo albums and scan those photos too then discard the albums. It's not like we ever look at them. Most of them never even got unpacked in our current house. I'll probably keep our wedding album, but most of the rest of them will be discarded. I have to admit, I'm rather enjoying this project. It's fun to remember so many old memories.
I've also started listing stuff for sale. It feels like I've been selling books for forever and we've probably downsized our book collection by more than 50%, but now I'm also looking around and doing the easy stuff. I realized I could list most of my cross stitch pattern books on Amazon, so I worked on that over the weekend. I had 57 cross stitch patterns; 25 of them were designed by Teresa Wentzler. Even if I spent the rest of my life doing cross stitch, I doubt I would have finished all those projects, so I've decided to keep three or four of them and get rid of the rest.

I wish I'd been more motivated to work on the Teresa Wentzler designs during my life because they really are beautiful projects, but they're just so damn time-consuming.  My current cross stitch project I started way back in the 90s and I pull it out occasionally and work on it almost full-time for a week or two until I get distracted and it's still only maybe halfway done. It looks like the last time I blogged about working on it was in July 2016. Here it is in its current state. I think I'll take it to Prineville for our next visit because we haven't yet turned on the internet so there's actually a slim chance I'll work on it there.
Our apple tree in the front yard is covered in apples. They've started falling on the ground and we really need to start using them. It would be a shame for them to go to waste because they really are quite good. So we're also trying to squeeze in time this week to make apple butter. It sounds like it's faster to make it in the Instant Pot, so we're going to try that.

Posted by Sharon @ Laurelhurst Craftsman at 1:31 PM No comments: