I've sort of lost count of how many days I've worked on this tedious project, but I try and work on it every day, at least for a couple of hours.

I've mostly finished stripping everything with the heat gun and the first pass with the chemicals. Jeff spent a couple hours helping me strip the high areas I couldn't reach. 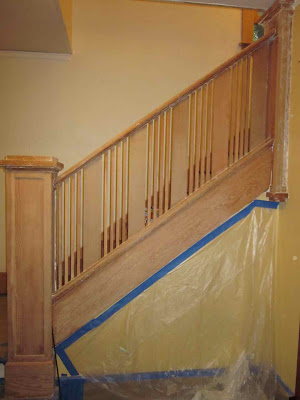 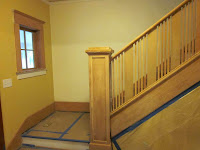 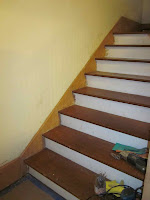 Stripping the wallstring has not been fun; the tools just don't seem to reach into the back corner because of the overhang of the tread (called the tread nosing, I think).

So far, I've resisted the impulse to strip the risers, though it's been difficult because there is some nice looking wood under there. I clearly have a problem . . .  =) But I'm thinking the white paint will provide a good contrast from the stained wood when climbing the stairs in dim light. 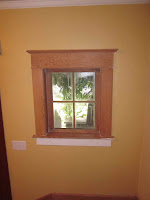 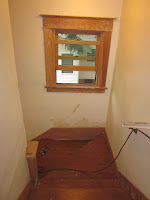 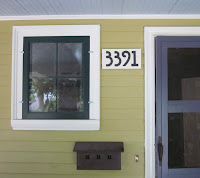 We also finally finished a tiny project—hanging our house number. I actually bought them about a year ago, but didn't hang them on the pillar as I originally planned when I realized they would get covered over by the wisteria. So, this was plan B. I had to make and paint a wood base for the numbers because they were too tall to install directly on the beveled siding.

Posted by Sharon Kwilter at 6:38 PM