Cleaning Up the Yard

Well, at least a start anyway. Here is how the area behind the house looked the other day. 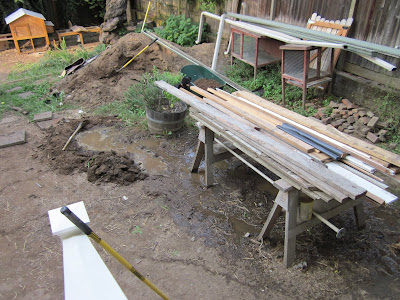 Two free ads on craigslist and an hour later the two hutches and the gutters are gone. 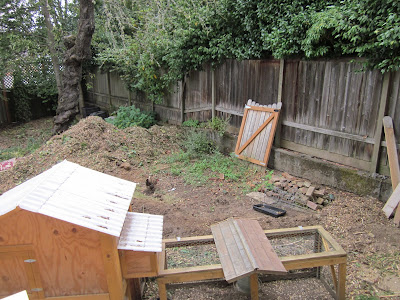 We're keeping the wood and bricks for future projects. We still need to rebuild a side fence, or hire someone to do it for us. It's been a real pain not having a fenced yard since March.

This morning, Jeff almost finished the big pile of mulch. He's saving the pretty stuff that's left to "finish" after he moves around some more dirt. 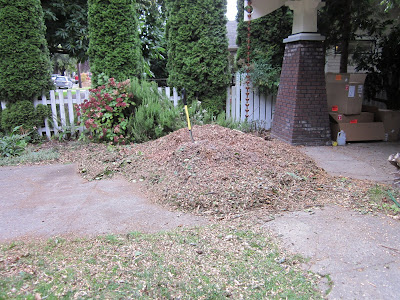 He also started smashing up the driveway on the side to run a drainpipe for the gutter on that edge of the house. 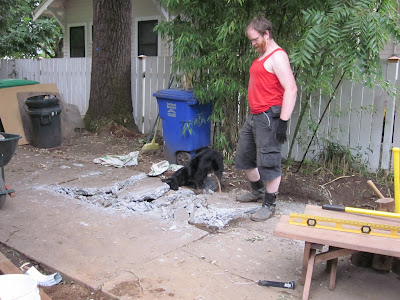 After a while, our neighbor Adrien came over to give him a hand. 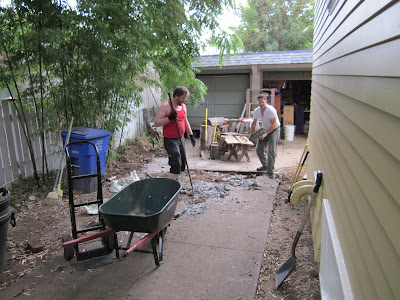 They ended up pulling out such a large amount of driveway because the tree roots had heaved it up and it was sloped toward the house. Having all that rain draining toward the foundation does not help keep the basement dry. 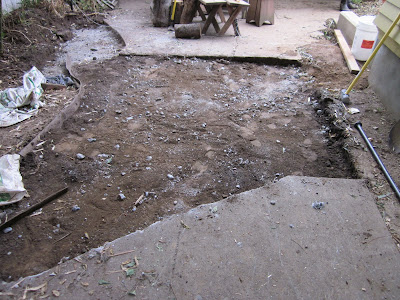 And now we have a large pile of cement blocks; many of the best ones will be used to make stepping "stones" around the yard. We are also hoping to reuse the huge piles of bricks on the property for a path up to the front door from the sidewalk. 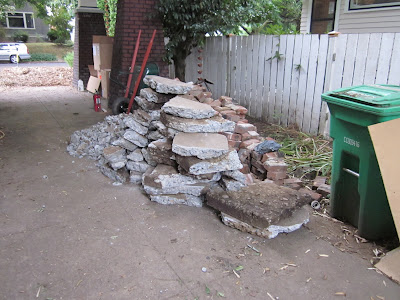 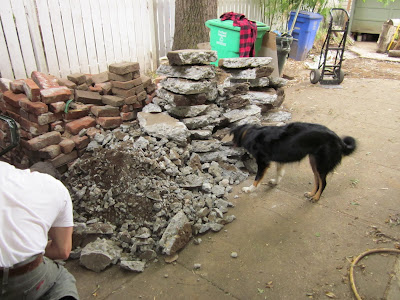 Here's Jeff trying to dig around the huge walnut tree roots to run a channel for the rain. 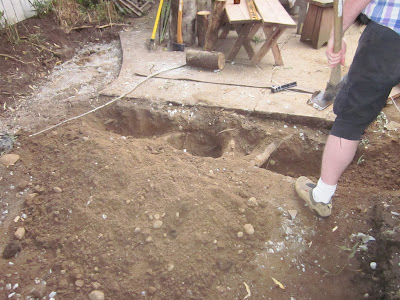 Shasta also tried to help. She was digging here. 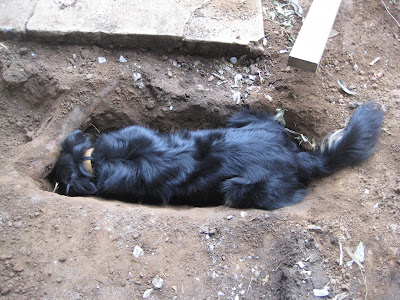 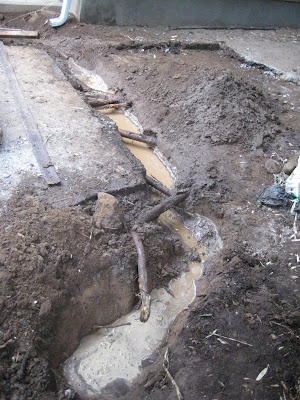 Posted by Sharon Kwilter at 6:19 PM