Another noisy day—with jack hammers,  power tools, and a dumpster—and the old cracked foundation is mostly out. 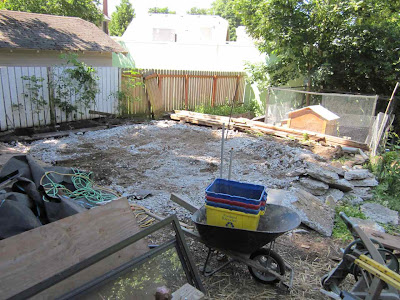 They discovered it was actually poured over a bed of river rock! In his hardscaping class, Jeff learned that's one of the worst foundations as the smoothness of the rocks means it doesn't lock down in place. There was also no steel reinforcement of any kind. It's probably just as well we decided to replace the foundation because now we can be reasonably sure it will last.

(We found at least one rat living under the cement—that was exciting when it came shooting out from under the piece of concrete. Unfortunately, it got away.)

The contractor rented a neat power tool to move the huge chunks of cement to the dumpster—I'm told it's called a skid steer.  Wow, we'll have to rent something like this when we do the driveway. 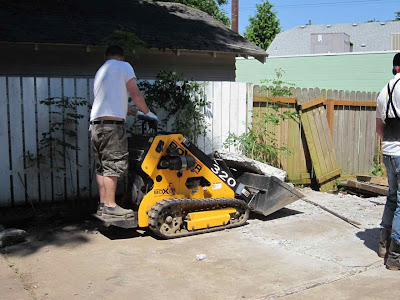 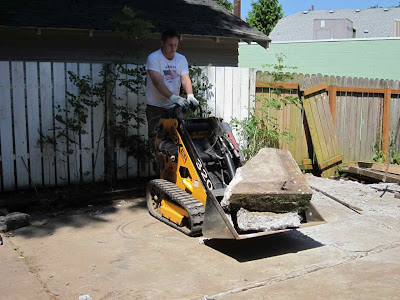 Posted by Sharon Kwilter at 3:31 PM