I guess we got burned out on working on the house, so we've enjoyed an extended vacation from working on it. And we really haven't been doing anything interesting to blog about, so my blog was sadly neglected. But our friend Eric, who built the side fence with Jeff's help, needs some work this winter and so we're going to turn our attention to the backyard pergola. 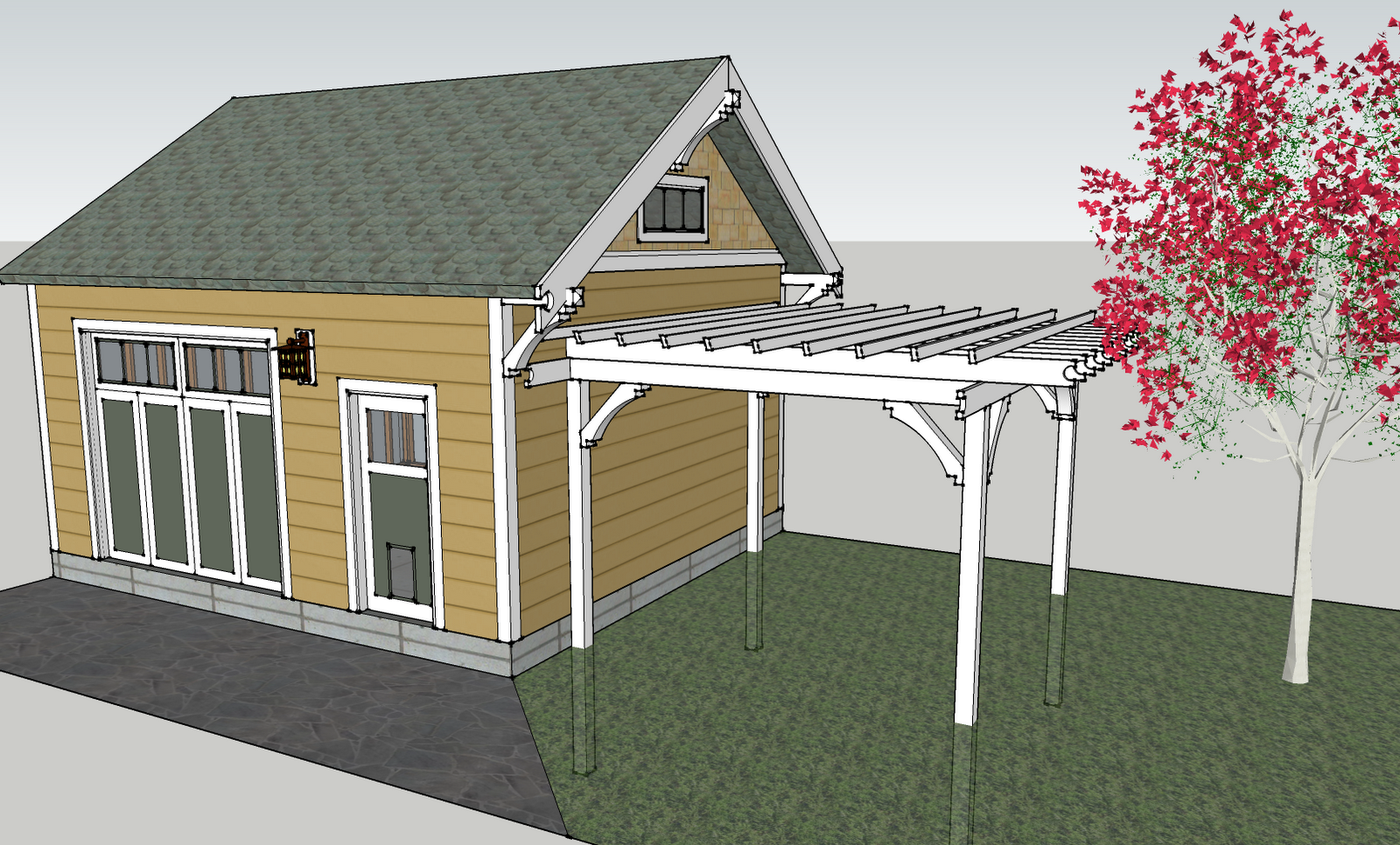 We're going to go buy the wood as soon as we figure out what we need, and Eric and Jeff will start putting it in. We'll post pictures once they do.

And, on another topic related to the backyard, Jeff and I found new homes for our backyard babies. We had actually planned to kill the last two chickens because they had stopped laying, but we found a friend who was happy to have non-laying chickens in her yard to eat insects. We also "returned" Quiana (the rabbit we got in April 2012) to the same friend who raises rabbits. Quiana is going to be used as a breeder. She actually turned out to be the most unfriendly rabbit I've ever met and neither Jeff or I could pick her up without being scratched.

So now that we're not tied to taking care of all these pets, we've been free to do stuff like visit family in California. This will be the year we do some traveling, and then hopefully we'll get a chicken coop built later in the year and we'll get chickens again in 2015. We really like having chickens and I actually miss seeing them wandering around our backyard, but this is for the best for now.

Posted by Sharon Kwilter at 7:21 PM