At long last, we have finally started the pergola for real. We had hoped to start sooner, but our weather lately has NOT cooperated. Yesterday was the first sunny day in a while.

The guys got the posts set in cement yesterday and installed the edge board on the garage (for stability). 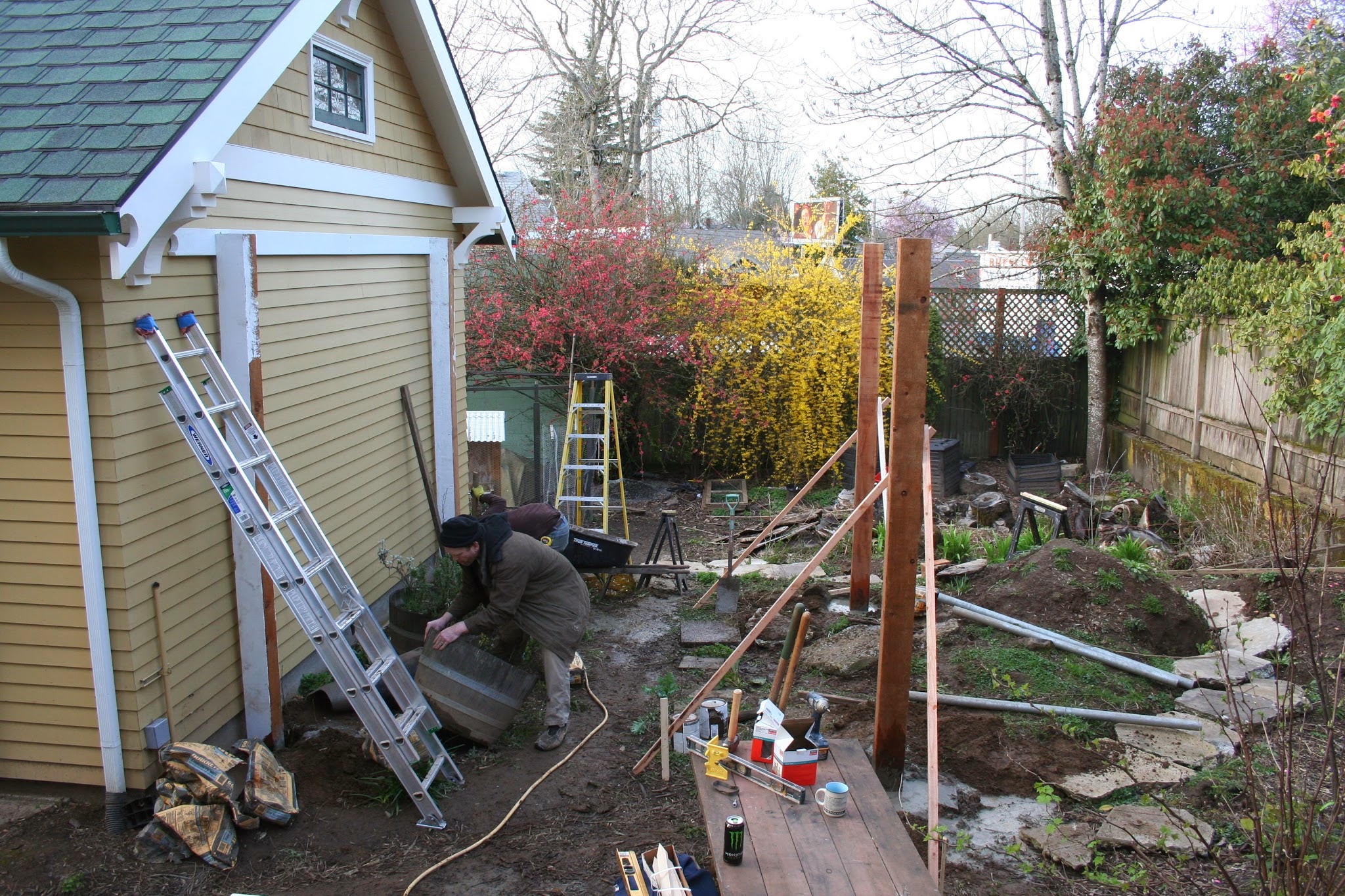 We had planned to stain everything today, but the weather was again not agreeable; I didn't want to risk the wood getting rained on. So, instead Jeff worked on adding the end detail to the boards. The original design was for the notch to be on a straight end, but Jeff thought it would look better with a slight angle because the rafters on the house, where we're copying the design from, are installed at an angle. 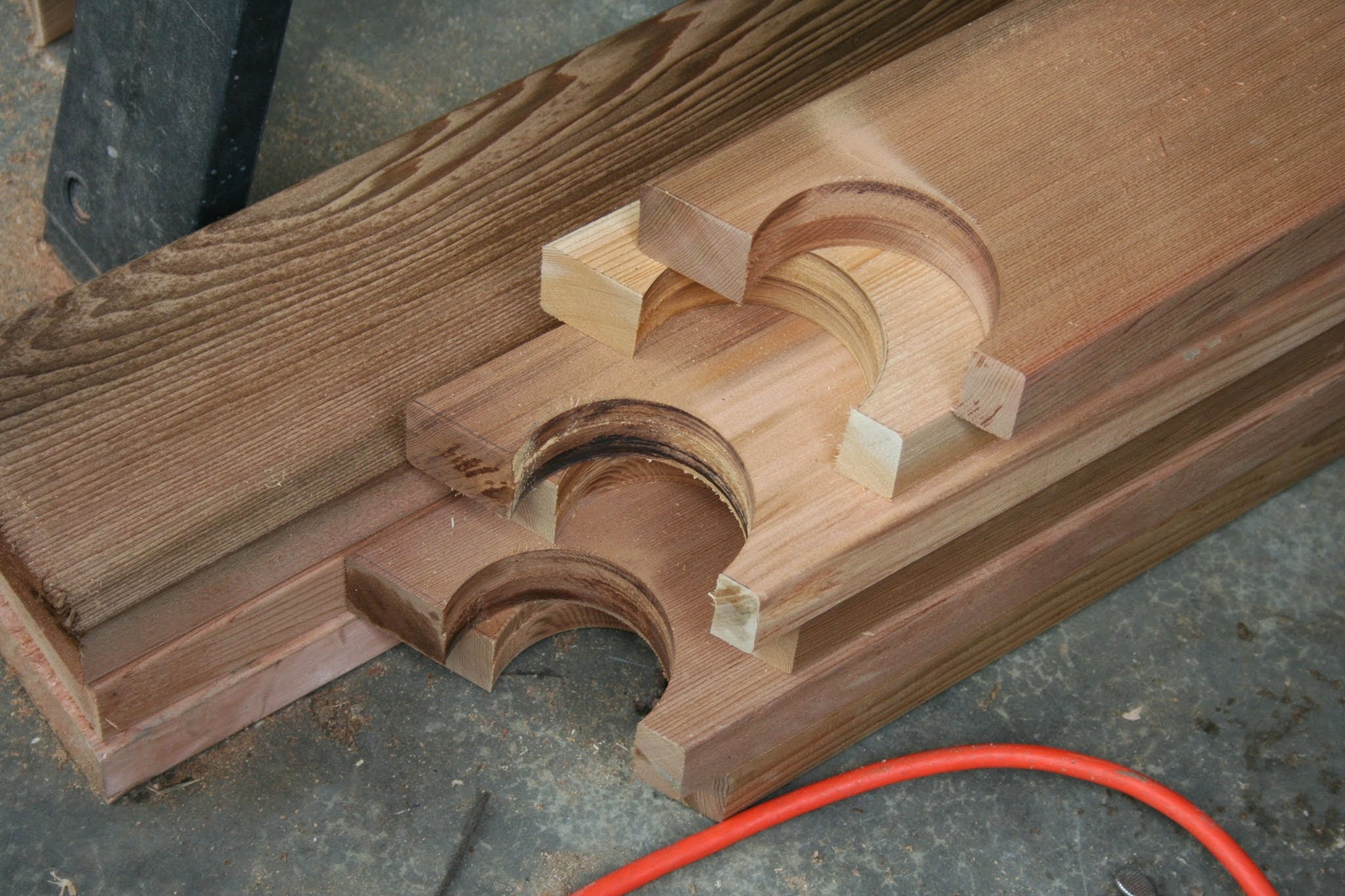 We're hoping for better weather tomorrow so we can work on the staining.

As a reminder, this is the goal. Though, our plan calls to eventually finish the "floor" of the pergola with salvaged concrete and bricks. 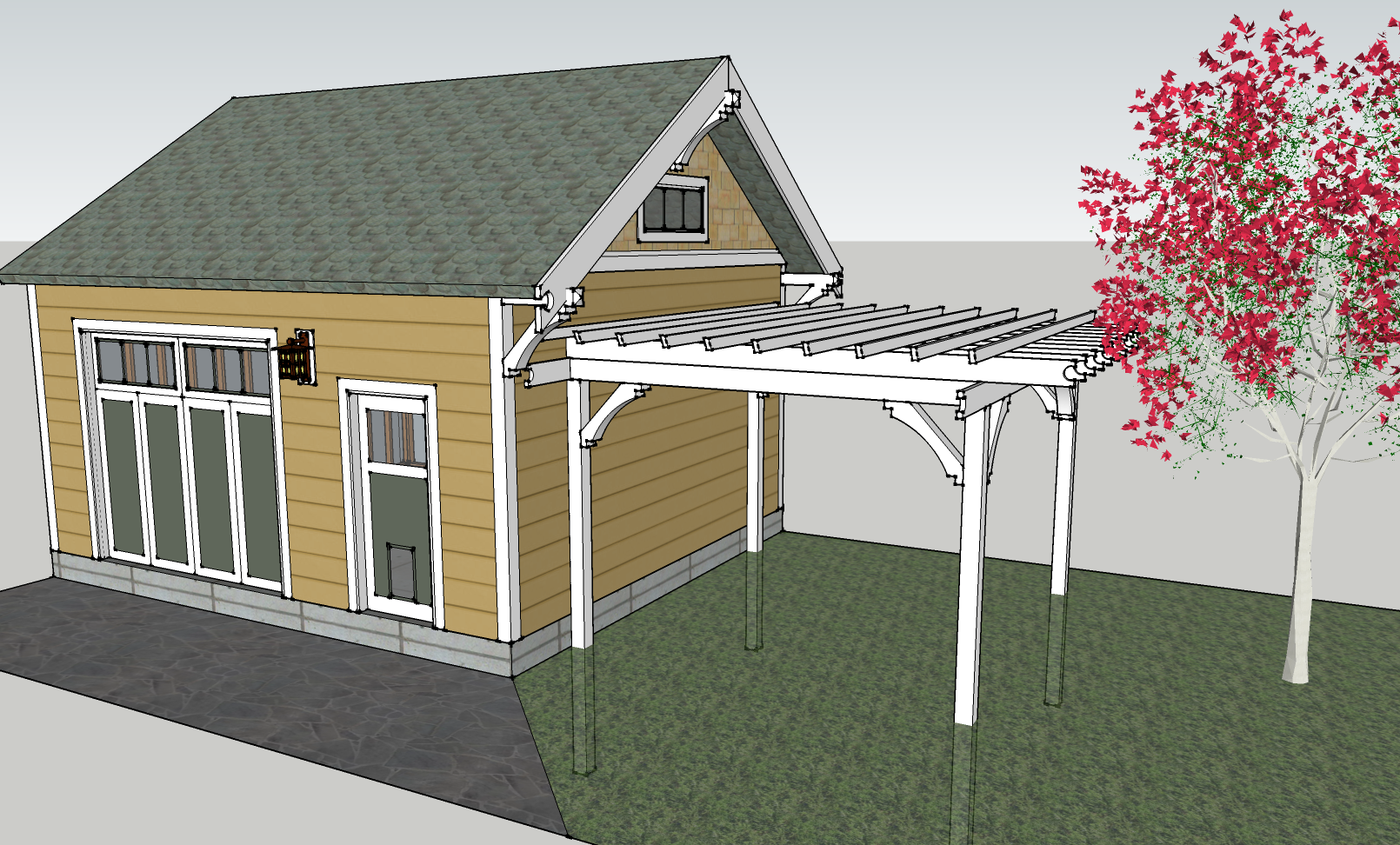 Posted by Sharon Kwilter at 8:10 PM