We've just got the floor left to remove and we're finally done with this awful part of the project. I have spent hours pulling nails from lath, which was, frankly, the best part of the project. Once we had Eric out to help Jeff with demo, they made short work of removing the rest of the walls. Sifting the rubble has not been fun, but we did do it so we could legally dispose of it. 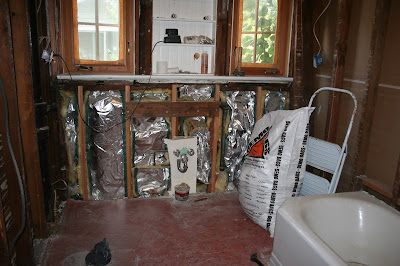 I've got calls into the plumber and electrician and hopefully we can keep this project moving along.

We're not going to remove the ceiling as there is something like 18" of insulation in the attic above it. The ceiling is really ugly though, so our current plan is to panel over it with cedar T&G, something like this (without the crown painted, obviously): 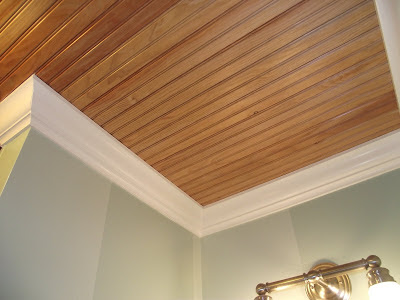 Posted by Sharon Kwilter at 2:26 AM