I ran out of steam with my paint stripping project so I've taken a few days off. I have to get back to it tomorrow, but I've enjoyed goofing off.  We watched Edwardian Farm and really enjoyed it. We were lucky enough to borrow DVDs, but I'll bet most of the episodes are available on YouTube.

I've also spent some time again trying to find a border collie puppy. There was another posted a few days ago and we applied to adopt her. (I'd include the link to the listing, but it's already been taken down.) Apparently they received 15 applications for her, and they narrowed it down to 4; we are one of the 4. So, tomorrow night we should know if we're bringing home a new fur baby next week. She's a cutey. 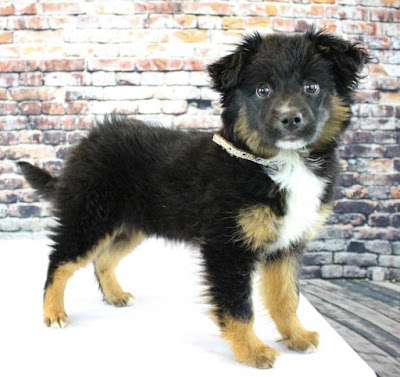 Our bathroom ceiling project is apparently cursed. LOL
We are again having problems getting wood for it. As I mentioned last week, we returned the cedar and ordered douglas fir T&G. Well, the wood came in but was hemlock so they reordered the douglas fir. Then apparently the driver didn't end up with the paperwork so the order was not picked up. Sigh. I had hoped to get the ceiling installed before the floor goes in, but it won't happen now. The wood wouldn't have time to acclimate.

The replacement mosaic floor tile is supposed to arrive by the end of the week, so hopefully we'll start having pretty pictures again soon. :)

Unless we get a puppy, then you guys will be deluged with cute puppy pictures. Sorry in advance. LOL

Posted by Sharon Kwilter at 8:35 PM