I'm not going to show all the steps this time; you guys have seen them all many times. Jeff and Aaron spent about 3 days shifting dirt and then installing this path from the back door to the patio. When they were digging the area for the gravel, they actually found an earlier path buried in about 3" of dirt. That path was just laid out on the dirt without gravel so it had obviously sunk. Anyway, they reused some of those bricks too. Here is how it turned out. 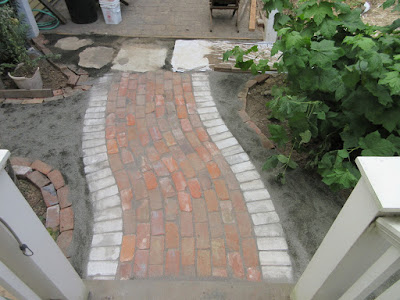 They copied the design we used for the front yard path.

The long term goal is to be able to walk to the chicken coop during the winter without getting covered in mud. We are nearly there. Once the coop is in, they'll finish the short piece of path that is still needed and we should be good to go.

We finally finished nailing the new stained boards in place in our living room. We had to replace several boards AGAIN that Mia had chewed on. She has been evicted from the living room for a while. And I also painted the plaster repair. 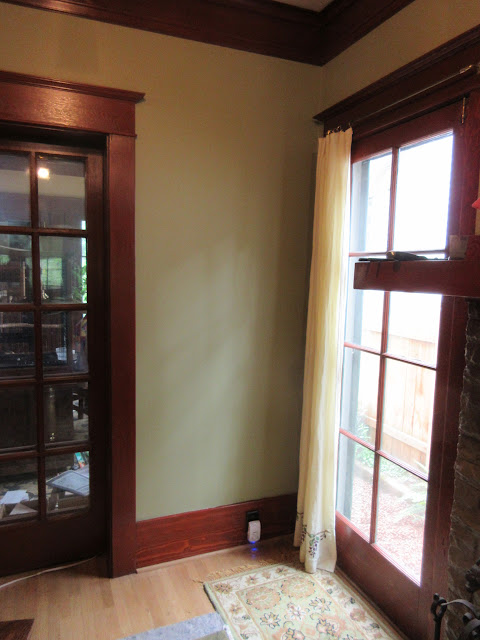 When I first repainted the patch with a new can of the Sherwin Williams Ruskin Room Green paint the color was so different, I was a little panicked the color would not match and then I would have to repaint the whole room. Fortunately, once it dried, it matched. I was so relieved. I didn't want to paint the whole room again.

Posted by Sharon Kwilter at 8:07 PM