Four years ago we planted an ornamental hazelnut tree, called Red Dragon (corylus avellana contorta) contorted filbert tree. At the time it was more of a twig, but here it is four years later. 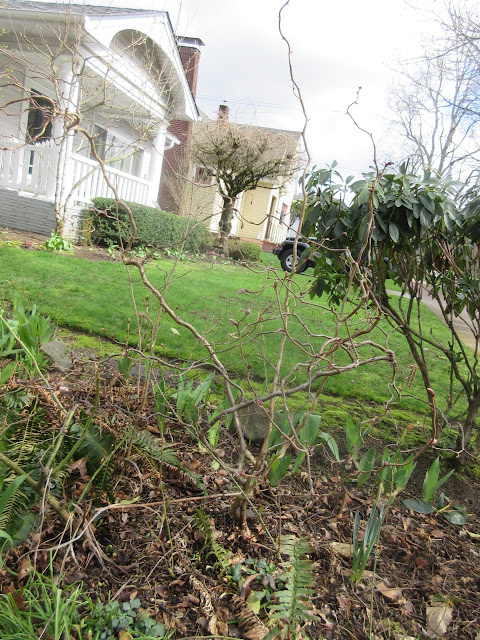 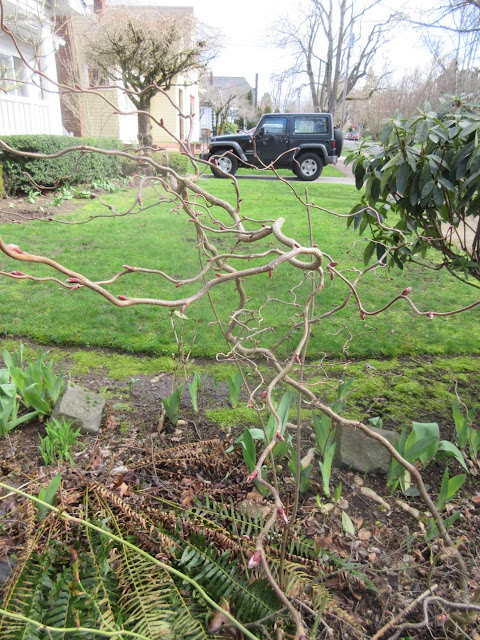 The tree is pretty cool looking. I'll have to try to remember to gtake a picture after it leafs out.

The front yard still needs some cleanup, but it's been raining so much we haven't made it out yet. The soil is still quite saturated. There are still several ugly roses that Jeff plans to dig out and replace with something more attractive. (The roses are growing out from their root stock. The hybrids long since died.)

The wisteria has not woken up yet, but the bulbs are starting. I think the large shrub leafing out is an elderberry. 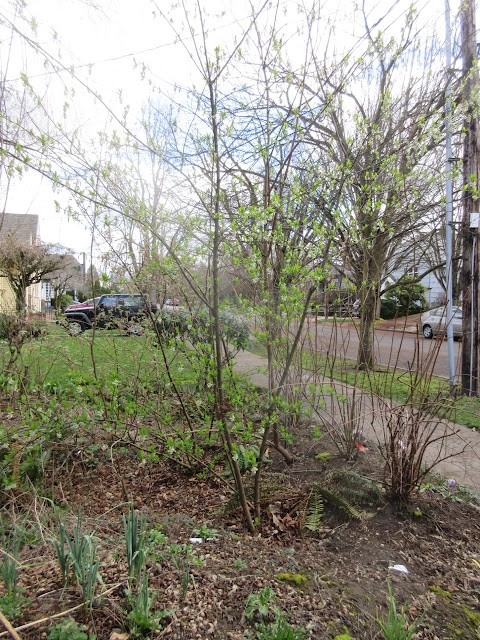 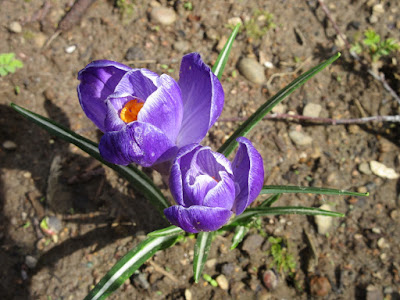 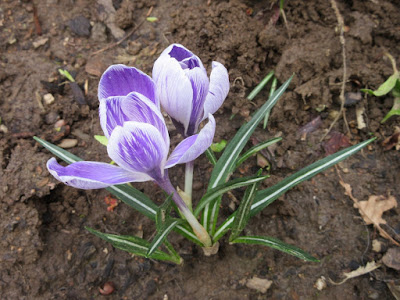 Last fall we also planted four cornus alba hessei shrubs in the front. They are just starting to look like they're getting buds. They were already dormant when we brought them home. We bought them because they turn purple in fall.

I think this year we'll put in a vegetable garden again. We're waiting on the Master Gardener's Incredible Edibles sale in May. In past years we always bought too many plants.  This year we'll try to pick up much fewer plants. We just don't have that much consistently sunny space in our yard.

Posted by Sharon Kwilter at 1:50 PM