Ever since moving out of the storage back in 2014 our basement has been stuffed full and unusable.

This summer we are finally trying to deal with the mess. Primarily, we need to sift boxes and get rid of stuff, but there is so much to deal with, it's quite overwhelming to even get started. The space in our front storage was used pretty inefficiently. We did some measuring and realized we could add several more racks so I ordered another five 4' racks. 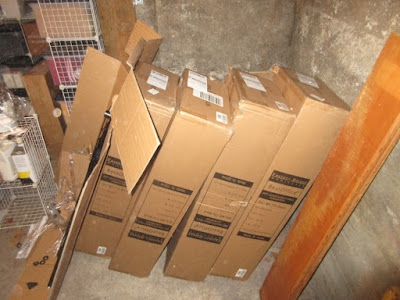 We're still in the process of building shelves and shuffling boxes and tubs into the racks, but it's already getting better. 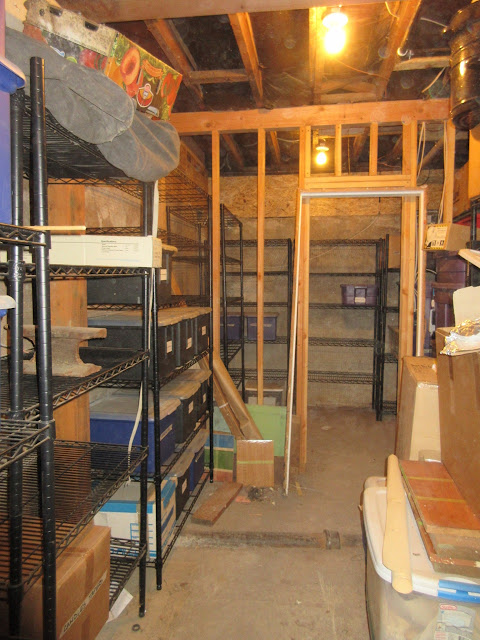 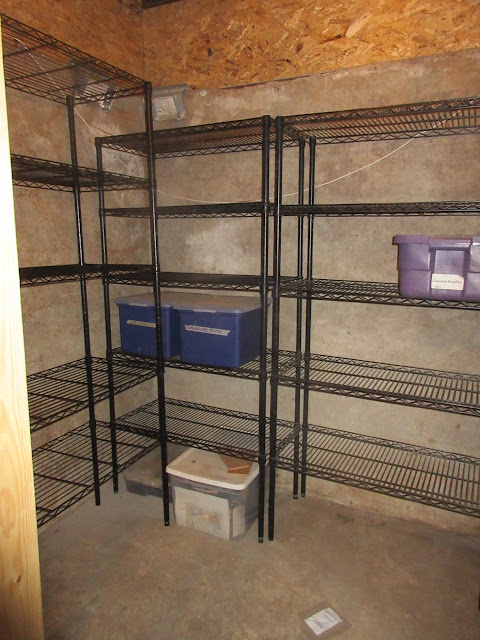 We are hoping to spend the summer shifting boxes into these shelves from other areas of the house and then start sifting them for what we need to get rid of. I'm hoping we have the energy to have a number of garage sales through the summer and then just donate what is left when it doesn't sell.

I'll share some more photos in a few days when we finally get the rest of the shelves built and get them filled up.

Posted by Sharon Kwilter at 5:20 PM