I bought a new toy and I am so excited about it. After the Silhouette Cameo disappointment in 2013, I shelved the idea of using a cutting machine for my crafting projects. But when my brother recommended a laser cutter to me, I revisited the idea. I spent most of a day watching videos for various laser cutters, but they are so expensive, and I wasn't sure I would use it enough to justify the cost and space needed.

So when I ran across a video for the Cricut Maker 3 and I discovered it had a special fabric cutting blade, I was persuaded to try that instead. I've had it less than a week and I'm already in love.

I decided I wanted to try English Paper Piecing and I used the Cricut to cut out the cardstock paper shapes. 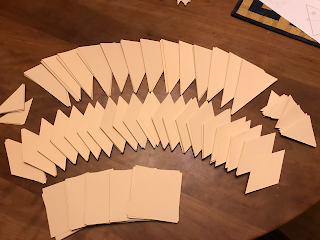 I didn't really know what I was doing so it didn't have a 100% success rate on my cutting, but the failures were my own fault because I laid out pieces so they shared edges. Apparently, that's a no no.

When I tried the next day to cut out a second project and left a gap between all the pieces, I had virtually no problems. I could not believe how quickly I was able to cut out these perfect octagons! 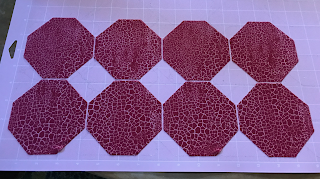 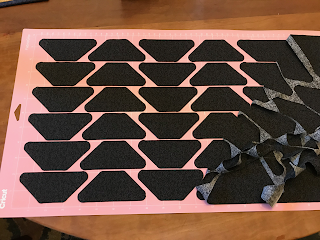 I cut out all of the paper and fabric pieces for the paper-pieced flower blocks in this little lap quilt in about 6 hours total (including the design time). 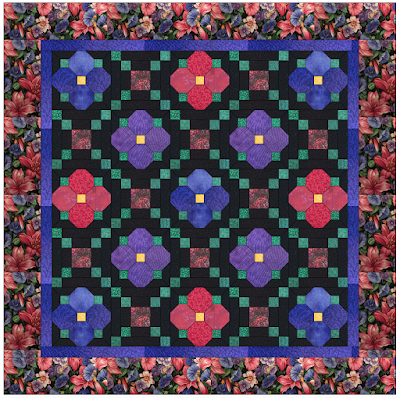 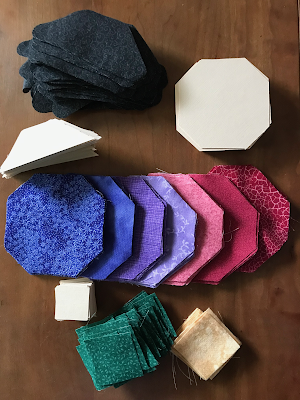 I'm loving having a handwork project I can carry around with me. I don't think it will take me too long to get these blocks finished now that I've gotten started. 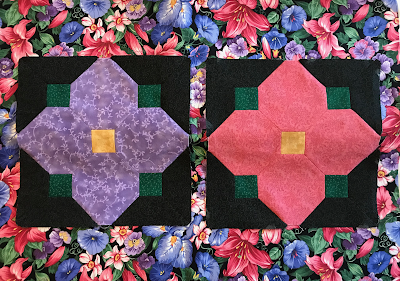 Posted by Sharon Kwilter at 6:39 AM