New Life for Our Old Chimney 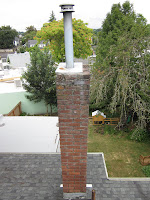 When we purchased the house last year, there was this chimney that extended all the way up through the house from the basement and quite a bit taller than the house. It was the chimney that was used for the cooking stove when the house was built in 1912. Well, we're not so strict about being "period" that we were willing to back up to a wood stove, so this chimney was superfluous. So we removed it, in order to claim the space it was occupying for the kitchen remodel. 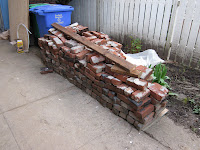 Most of the brick went into the dumpster, unfortunately, because when the workers removed the old chimney, they simply dropped the bricks from the top down to the bottom. But we saved whatever we thought was in good enough shape to reuse. And that chimney was converted into this pile.

After many hours of cleaning and installing those bricks, that old chimney is starting a new life as our front path. We are getting really close to being done. We still have many of the odd-shaped edge pieces to cut, but we were tired, hungry and it was raining, so we decided to finish another day (hopefully tomorrow, if the weather cooperates). 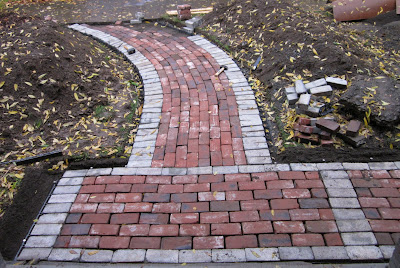 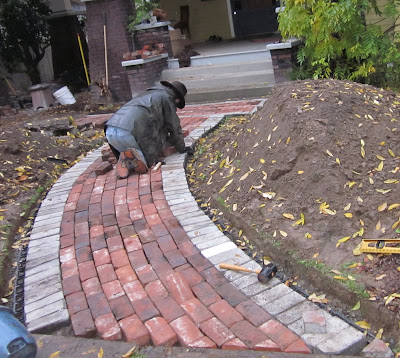 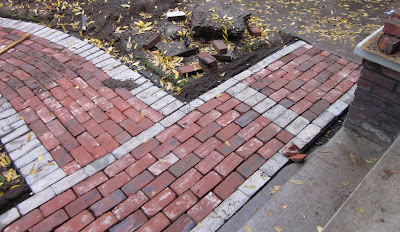 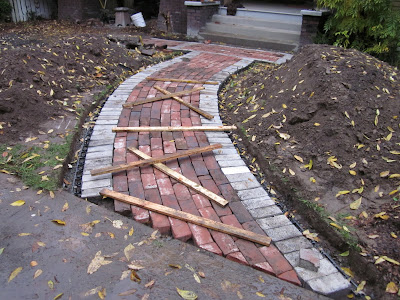 Posted by Sharon Kwilter at 4:36 PM