Last summer, I discovered a wonderful online nursery, Santa Rosa Gardens, and bought a TON of plants from them. Many were deeply discounted and virtually all of them survived. I was really satisfied with the experience.

Last fall, though, I was disappointed when I received an email from them telling me they were discontinuing the single plant sales. If I wanted to buy plants from them, I would have to purchase a whole flat (usually about 72 plants); that wasn't going to happen. But in March when I cruised by their website I discovered they'd resumed selling a limited selection of plants in three-packs!

I thought it would be nice to get another batch of heuchera for the new areas we're planting, so I placed a new order last month. They were about $4/each, including the shipping, which is a really deep discount over buying them locally. I received the order this evening.

The box I received was way smaller than last year. They now ship heuchera in tiny plugs but they looked really healthy and they were still moist despite being in transit for three days. 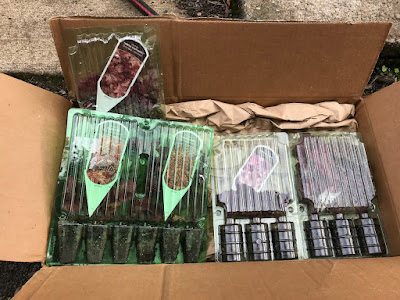 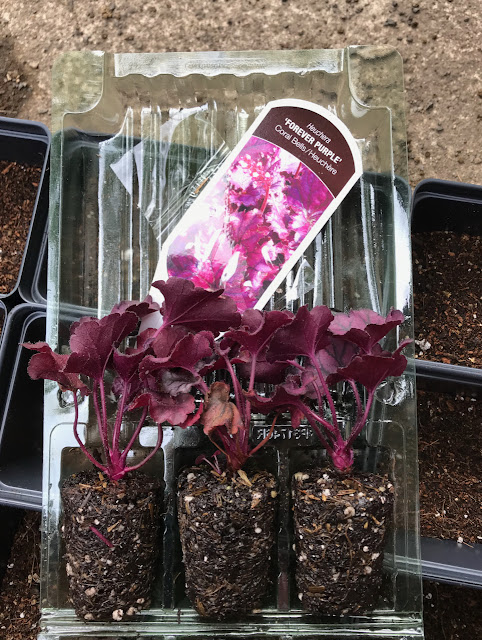 I decided to repot them into 3.5" pots so we don't have to rush to get them in the ground. 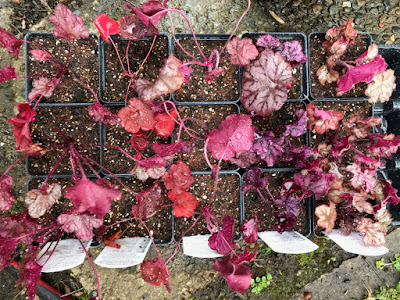 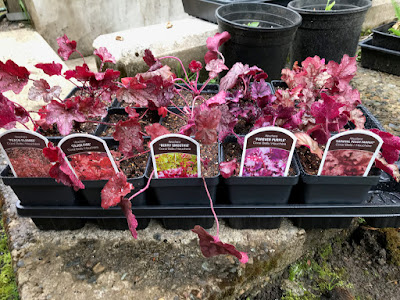