I have been trying for nearly two months to plant seedlings in the front yard but every time we set them out, by the next day most of them have been pulled up out of the ground. I'm not sure if it's squirrels or the many ravens I've seen scrambling around in the beds, but I finally gave up.

Then when I was cruising around the internet, I saw a post about making your own chicken wire cloches. Most of the folks make them for some sort of artsy indoor use; I decided to try making some to cover the new plants.

We actually have quite a lot of chicken wire as we still haven't gotten rid of all the chicken wire we wrapped the chicken enclosure with back in 2012. It was nice to find something useful to use it for. Though, we have way more than we'll actually ever need unless we get chickens again.

My cloches aren't as fancy as the posts suggested making them. I just wrapped the chicken wire into a tube and twisted the wires together and sort of squished the top edges toward each other so it would be hard for a bird to poke its head inside.

We planted out some new plants yesterday and we tried installing the cloches over them. We shall see if they help. I hope they work. 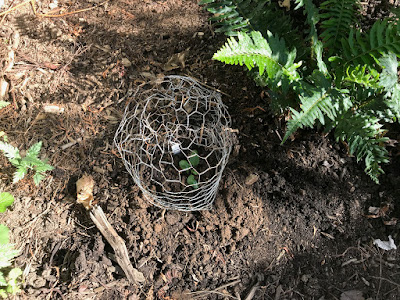 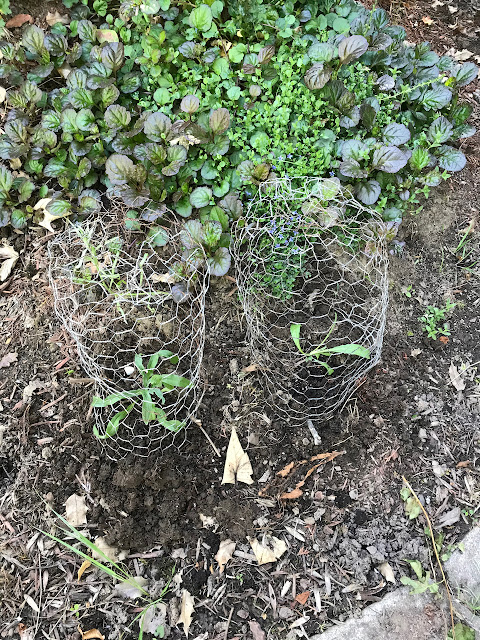 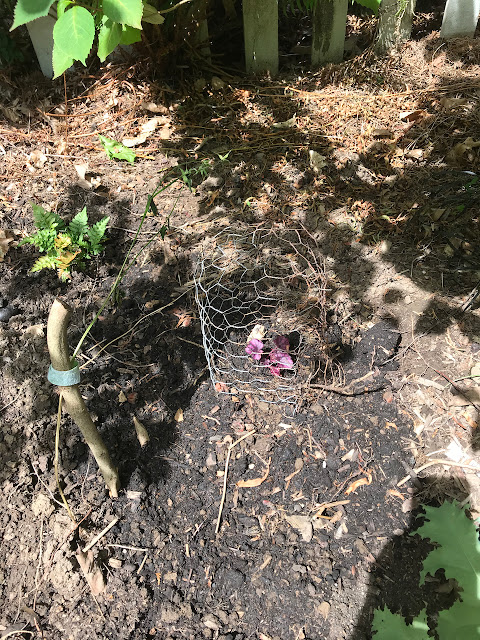