Jeff spent a couple of hours trying to strip paint from the picture rail in the entryway and it really wasn't coming off, so we just went ahead and pulled it. It was right up next to the ceiling anyway, so it wasn't going to work to hang pictures. We decided it would be far better to move it down a bit so we could actually use it as a picture rail. (We have loads of art we hope to unpack and hang someday.) 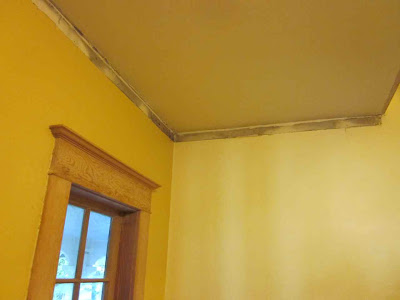 It came off pretty well so we could, in theory, strip it and reinstall, but now we won't have enough since we decided to install a multi-part moulding, like the rest of the main floor. And if we do this, the existing picture rail is a few inches too short where it meets the newell post. 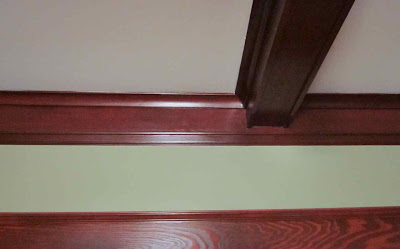 McCoy Millworks carries a picture rail that is nearly identical to the one we removed, so I went this afternoon to get replacement wood. As luck would have it, however, they only had 7-foot lengths and we need 10-foot. So, I decided to wait 2 weeks for their next order to arrive. 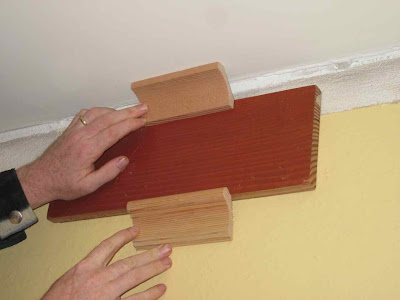 I guess it's time to take a look at my list and see what else I can work on while I'm waiting.

Posted by Sharon Kwilter at 4:10 PM