Well, it looks like we've been at this project for about a week. The weather has turned hot (for us hot is in the high 80s). We've done a couple hours of work a day for the last couple of days, but nowhere near how much I was hoping. We can't really work when it's hot anyway, because the chemical stripper dries out before it has time to do its work. So, for now, we're working a bit at night or in the morning before it gets hot. 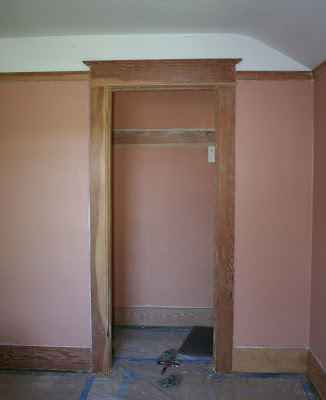 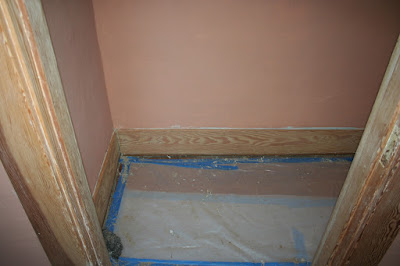 The closet is nearly done. I still have to partially disassemble the window and strip the paint around it. Also, at some point the closet door frame must have been sanded down and repainted because it has been much more difficult to remove the paint. I've coated it with paint stripper about 3 times, but it still has paint residue in the grain. I'll probably do one more coat and then deal with the rest with the sander. 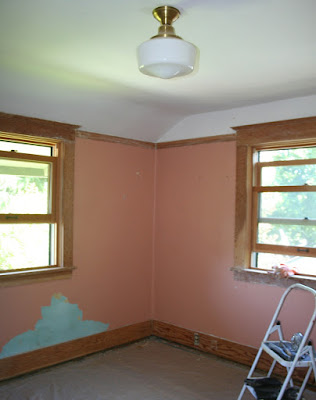 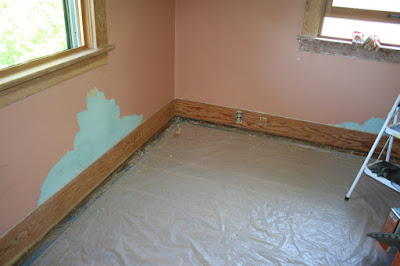 You'd think it would be easier to work on it because it is close to the floor, but it's really not. It is hard to get down close to the mess and clean it out. Luckily, as we've learned before, two coats of stain, a bit of stain-colored touch up paint and two coats of shellac can hide a multitude of imperfections. :D

Posted by Sharon Kwilter at 1:20 PM