Our weather has been beautiful and the old wisteria is almost ready to burst forth. 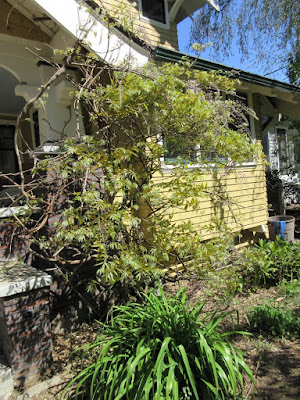 In past years it always made more flowers when it was pruned heavily. It's going to be another beautiful year because Jeff hacked it way back a couple months ago.

I've been flitting around between projects like a butterfly between flowers. I haven't finished anything yet, which is why I haven't really posted anything. I've been fairly successful at getting stuff listed on craigslist. Now if only I would stop seeing things I wanted, we'd be in good shape. LOL

We bought an old secretary off craigslist that needs a bit of work and I've been debating about whether to show you all photos before it's fixed up. It came with shelves covered with paper. While it wasn't a terrible pattern, I didn't really like it. I started trying to pull up a corner, but it just separated the layers of paper and really didn't make much progress. Then it occurred to me to try our new steam cleaner. 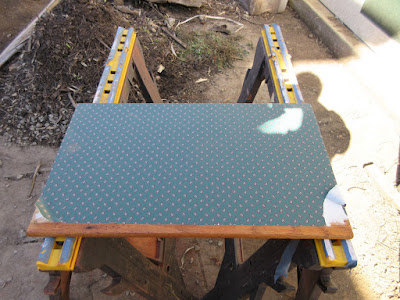 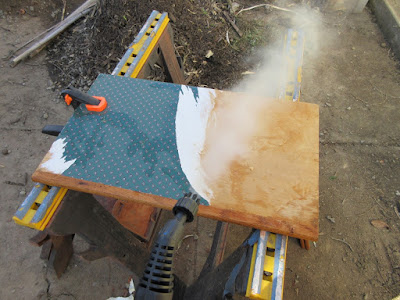 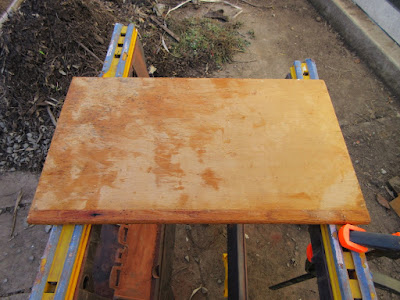 Then I got distracted playing with the steam cleaner for a while. It worked pretty well for the things I tried to clean. It did a decent job shining up the chrome in our basement shower with little effort and it did a great job cleaning hardwood floors. I believe it will definitely be replacing our messy mop.

I've also been spending an hour or two a day sewing my sewing room curtains. I am getting much closer to being done with the 16 additional squares. Most of the problem at this point is my old Pfaff 7570 isn't working well. I think I've worn down the feed dogs as the fabric isn't feeding properly and I get annoyed after an hour or two of sewing. I really need to get a 1/4" quilting foot for the Bernina 1080S I inherited from Jeff's aunt so I can shift to sewing on that one and send the Pfaff into the shop for repair.

Oh, and Barrett, our tile guy finally reemerged. We have progress again. He says he'll finish the shower pan this week. By this week, I think he really means early next week unless he plans to work over the weekend. 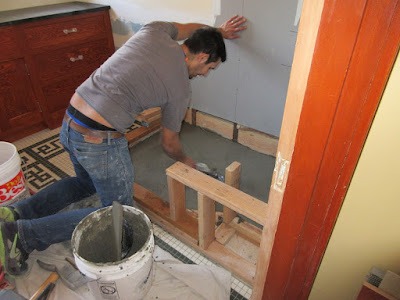 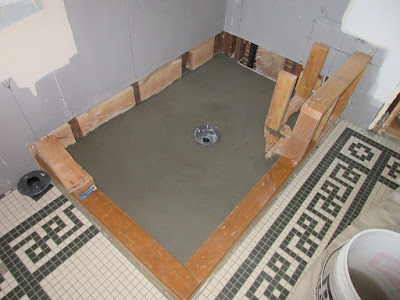 Posted by Sharon Kwilter at 7:51 PM