After playing with tile some, we thought it would be fun to look into making some tiles from scratch. It would be nice to do something for the upstairs bathroom, over the fireplace, or as a backsplash over the oven. 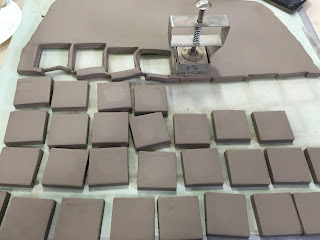 The first day was working the clay before the first firing: greenware.  We rolled out slabs, cut out tiles, imprinted patterns, and learned other techniques that could be used before firing the first firing. 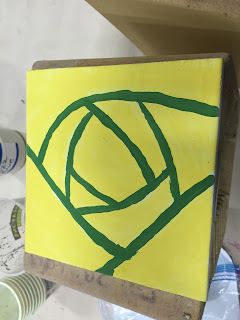 The second day was about decorating once-fired clay: bisque. We worked with two classes of techniques. The first was color on color where you first cover the whole tile with two coats of glaze, then apply pigments on tope of that base layer. 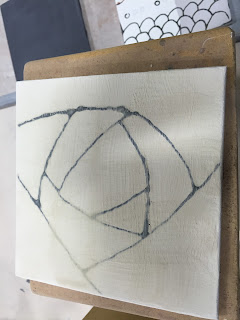 The second worked directly on the bisque tile by laying down lines with a mix of was and pigmented glaze. Then the remaining areas can be glazed. Since the glaze won't adhere to the wax, the glaze will sort of mound up and create a three dimensional effect.

The class included firing both the greenware we played with, and the bisque work. So in a week or so, we'll be able to see how they turned out.


Update: We never heard from Georgie's that the practice tiles were finished, so about 8 weeks later, when we were driving by, we dropped in and asked for them. We were informed they threw them away. Apparently, they only keep them for 4 weeks. I was pretty disappointed. It would have been nice if they had called before tossing them out.