We've been doing a lot of cleaning this summer. Since we've been trapped in our house due to the unbreathable air outside, we turned our attention to the basement this week. It's not quite time yet for photos because there's still a couple of piles that need to go away, but it's so much better down there.

I found this stashed behind the freezer: 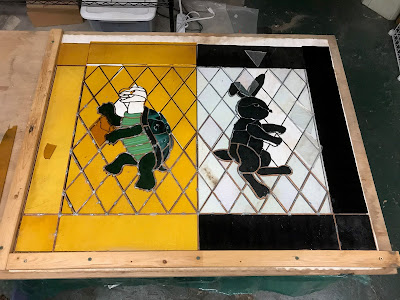 We started this stained glass project before I started the blog—in 2008! I think the last time I posted about this was in February 2009. Then we moved to Redwood City and never worked on it there and without ever unwrapping it we moved it to Oregon and it got stashed/hidden in the basement.
I'd like to work on it again. It's going to be a chore to dig through all the glass stashed under the stairs to find the rest to finish this project, but we need to sift it all anyway. It's time to decide if stained glass is one of the hobbies we want to maintain.

We also finally glued up a plant stand I made in a woodworking class in late 2011! I actually stained it way back in 2012 when we stained the master bedroom, but then it got stashed into a corner of the living room and we never got around to finishing it. 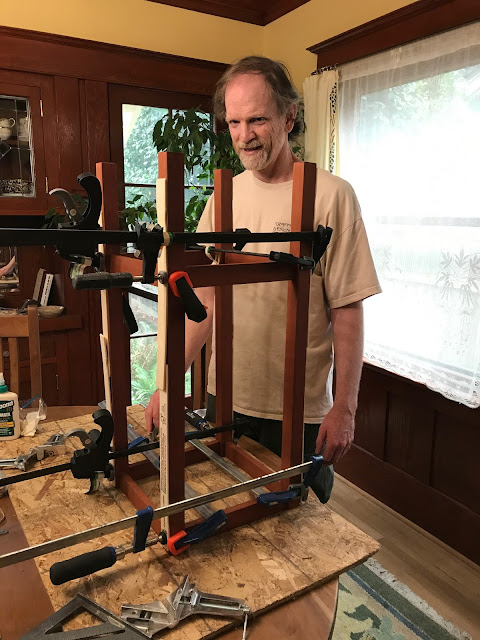 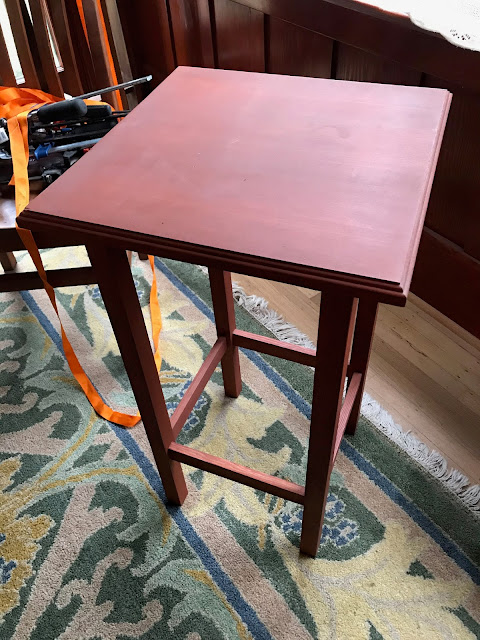 Now that it's glued up, I'll probably varnish it rather than shellac it because I plan to use it for plants and so it will likely be exposed to water.

Posted by Sharon Kwilter at 7:49 PM