Well, the movers didn't show up yesterday until 2:30PM, but they did arrive. We were moving until 9:30PM last night and we were pretty wiped by the time we were done.

The house looked pretty good, until the deluge of boxes hit. 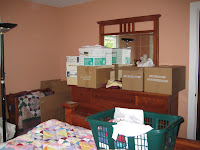 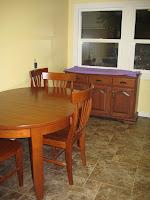 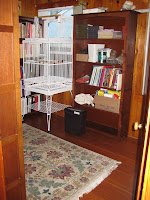 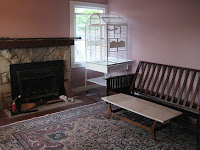 And there is quite the pile outside, under a canopy. So now we begin the long process of unpacking and going through all the boxes and getting rid of as much as we can bear to. 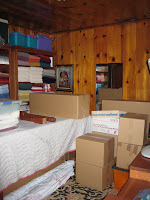 The sewing room is a total disaster. They didn't put the furniture together correctly and there are so many boxes in there we can barely get in the room. That's going to take a long time to get fixed up. We are going to have to purge the boxes and arrange the furniture and empty grandma's stuff from the closet and work on the unpacking process. It's a room that needs some serious downsizing.

Today, we went back to Cupertino to do the mop up of all the loose stuff that was still lying around and got it out of the house for the maid to clean the house. It took us 4 hours, but we managed to accomplish it. The only thing left in the house at this point is Jeff's jewelry rack (still on the wall) and the table with the stained glass on it. The garage is still a mess though. 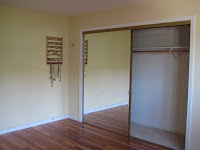 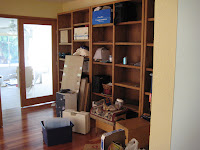 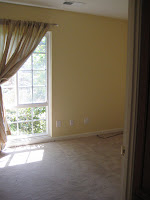 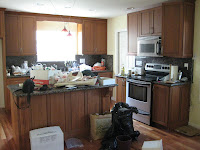 Tomorrow we're having the carpets cleaned in Cupertino, then we'll be mostly done. Over the weekend, we just have to spend a few hours clearing out the last dregs from the garage and cleaning it up.

We've decided to go pick up Shasta tomorrow from DoggieCamp. We're missing her.
Posted by Sharon Kwilter at 7:22 PM