Our backyard is a muddy mess. Every time the dog goes outside she comes in with muddy feet, and we're tracking in mud too, so I avoid going into the backyard.

Last year, we managed to lay down a thick layer of mulch so it wasn't bad. But not this year, unfortunately, because the rain started in October and I hadn't thought about mulch in September. Geez, I was still in "summer" mode. 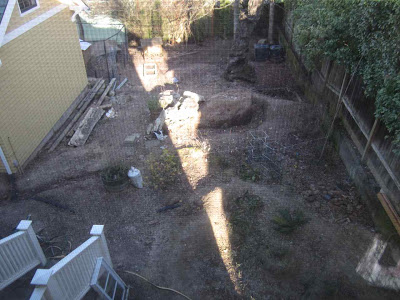 I took this picture looking out my sewing room window. There is a screen is on that window, so it obscured the view, but yup, look at all that dirt. (I'm trying to think of this as a blank slate.)

Even though I would really like to finish remodeling the master bathroom this year, I think we instead need to focus our energy on the backyard. I just can't do another year dealing with this mess.

I think we've got a good idea of what we want to do, but we don't have an actual landscape plan. I'm not sure whether it's worth investing in a landscape design, or whether we can just sort of wing it. I don't want to spend more money on paper, but I don't want to make Jeff crazy either as he tries to embark on the "plan."

As a reminder, among the projects planned are a side fence. 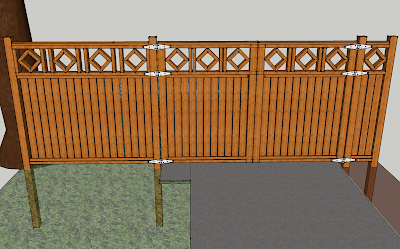 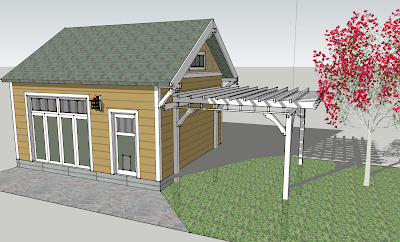 And a chicken coop (plus an enclosure). 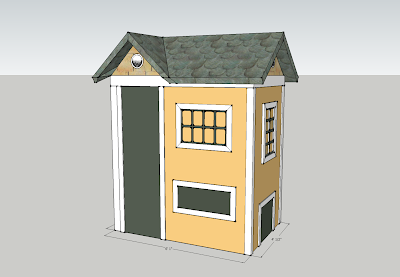 Jeff would also like to put in a curving urbanite path from the back of the house down to the back of the yard plus a "paved" area beneath the pergola. Something along these lines:
I'm hoping we can put together a more precise plan in the next couple of months so we can get started when the rains start to abate.