In 1909, this neighborhood was quite cutting edge—they paved all 26 miles of streets and installed 52 miles of 6'-wide sidewalks. The streets were wide (for the time) and the houses were set back from the street. Sewer, water and gas mains were installed on every street. Trees were planted every 20 feet in the planting strips. And there were street lights; the ones at the time were quite pretty. They are, alas, long gone. And, finally, they had a lower limit on the value of the houses built, depending on the location of lots. There were no shacks put up in Laurelhurst! 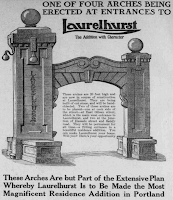 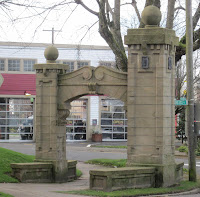 Anyway, I made it out for a short walk today and got to admire a whole lot of nice houses. It seems that winter is THE time to get outside with your camera because all the deciduous trees have dropped their leaves and you can actually see many of the houses. Now, if only we could get the cars out of the way.

Here are a few of the pictures I took today. I'm hoping to walk different routes and take pictures of houses I like. This is the house right across the street from ours. It was built two years after ours. (Ours was the first house on this block of Multnomah St.) 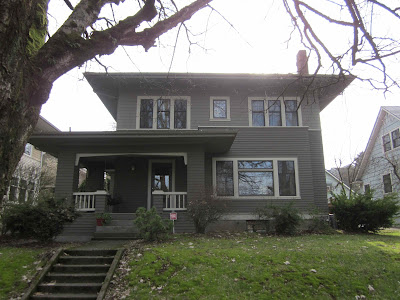 And its twin. These two houses belonged to one family originally. 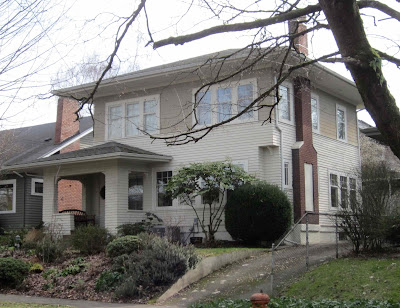 These aren't in any particular order. They are just the houses that caught my eye as I walked around the long block. 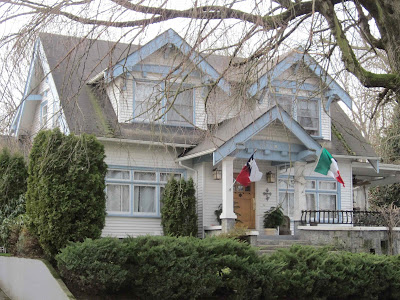 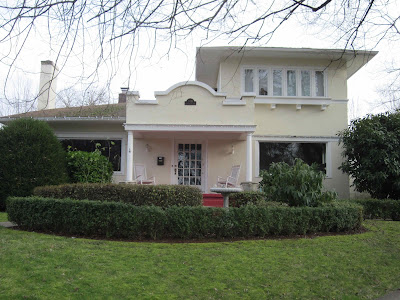 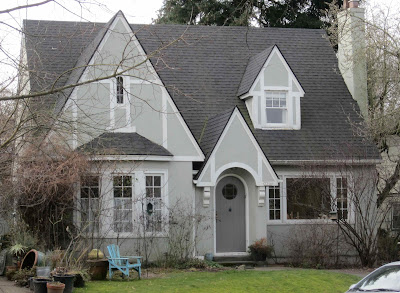 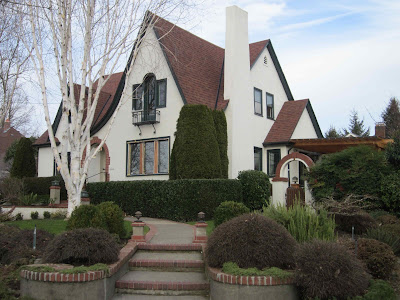 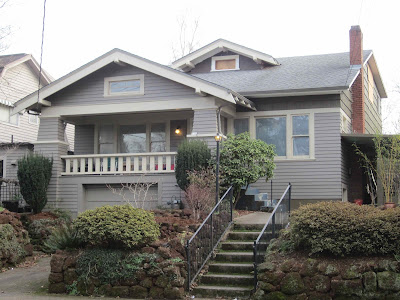 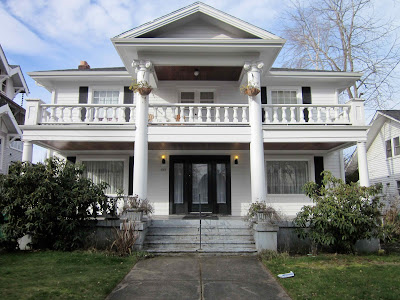 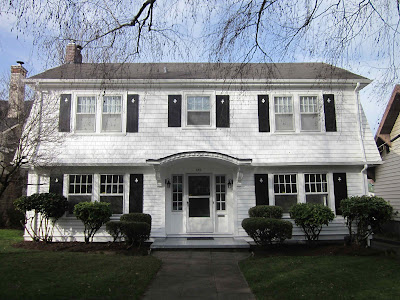 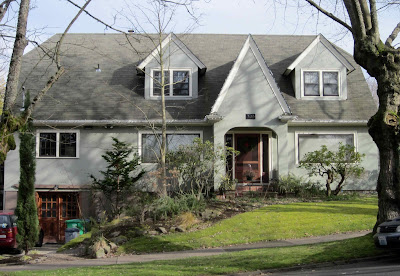 Our portion of the neighborhood is further from the center of the development—which was built up first—so there are more Tudors and Colonials. I need to do more walks during the coming weeks through the older Arts & Crafts-heavy sections, because they're my favorite style of house.

Posted by Sharon Kwilter at 7:56 PM