Aaron and Jeff and have been working hard at clearing out the lower portion of our backyard. In the years since we got rid of the chickens the mint had quite taken over. 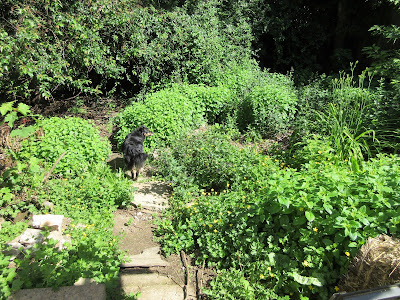 I hadn't quite realized how much the chickens helped in keeping invasive species like this down. I used to moan about the mud back there in winter, now I can moan about all the out-of-control weeds. LOL

Anyway, a few weeks ago the guys started slowly digging out the mint plants (including the roots). Aaron did most of this work while Jeff and I were sick, but the last couple days Jeff joined the effort. Jeff also trimmed the overgrown bushes along the fence. 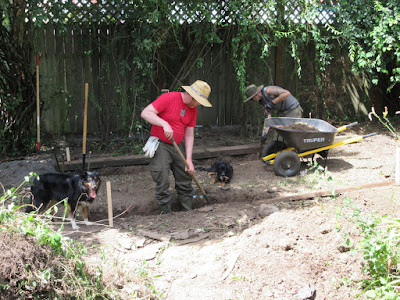 Today, the guys started digging out the footings for the chicken coop and clearing the slope to install the steps. Here is how it looks now. 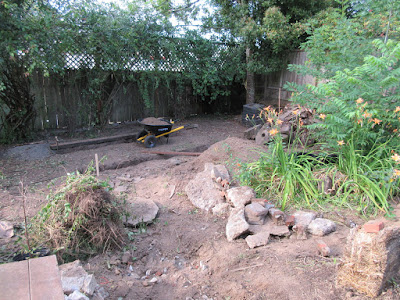 The plan is to go buy the wood tomorrow for the steps and get those in before finishing the patio. Once the pergola floor is finished, we're planning to start work on the chicken coop. I've missed having chickens and I hope we'll be able to get them again next spring.

Posted by Sharon Kwilter at 6:53 PM