As usual, this will turn into a rant about our tile guy. So, he finally came back for two days on Monday and Tuesday after ditching our job for almost two weeks. Yesterday, he stayed until 10PM! It looked like he might actually finish this week, but nooooooo......he has yet another more important customer. He probably has half a day work to finish this job, but we get to wait until next week (or given his usual pattern) the week after.

Anyway, here is where we are right now. 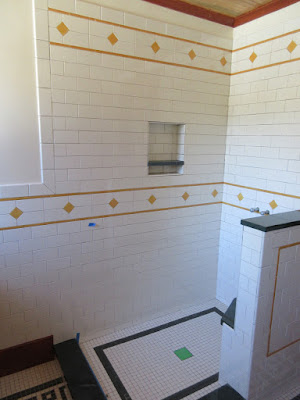 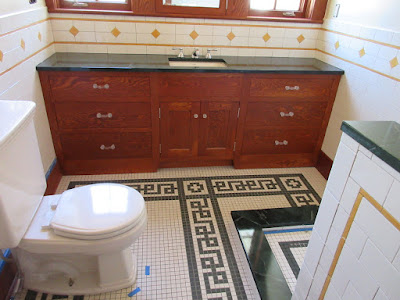 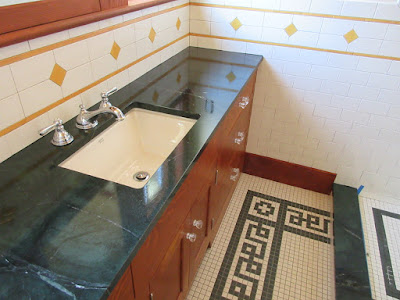 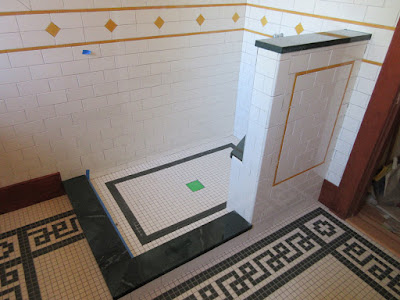 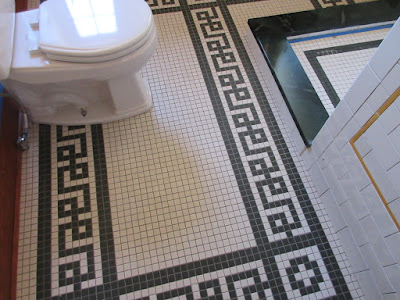 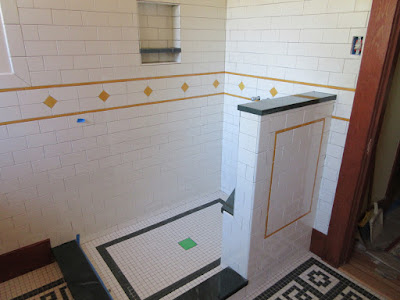 Aaron and Jeff are still working on the backyard, but it's still mostly moving around dirt so there really isn't much in the way of pictures to post. They're pretty much working when Aaron isn't busy with his other jobs and when the weather is nice enough, so they work maybe two days a week. I think Aaron and Jeff will be laying the patio stones soon.

A friend of ours bought a new house and has been giving us a bunch of ferns that we've been planting in our rain gardens. I should take some pictures of them.

Posted by Sharon Kwilter at 4:05 PM