I spent too many hours today dreaming about the possibilities for the future rather than actually preparing for the future. I really like this kitchen. This one is my favorite. 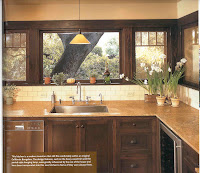 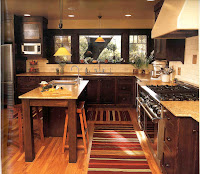 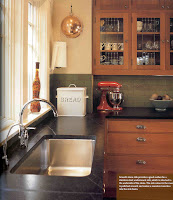 These last two kitchens were pulled from the The New Bungalow Kitchen book by Peter Labau. 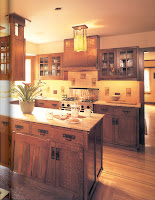 The copper hood is real nice in this kitchen. This picture was lifted from Paul Duchschere's Inside the Bungalow: America's Arts and Crafts Interior book. 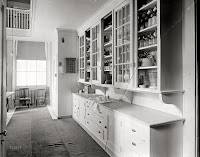 Here are a couple of period examples. This one was actually a pantry at the White House in 1909. I like the curved "brackets" below the upper cabinets. 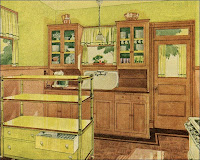 Maybe it's a little premature to be dreaming about a kitchen remodel that won't happen for quite a while, but it somehow makes it easier to embark on this crazy project of ours.
Posted by Sharon Kwilter at 8:19 PM