The Moving Has Begun! 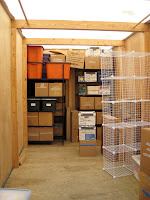 Moving has officially begun in our house. I've spent a few hours sifting and packing stuff over the last week. We're hoping to not move so much stuff this time that we don't need anymore. This morning, we brought over our first load of boxes from storage.

Tonight, we'll get another load. Hopefully we'll only need another two or three loads to empty out storage and we'll be able to close that out this weekend. 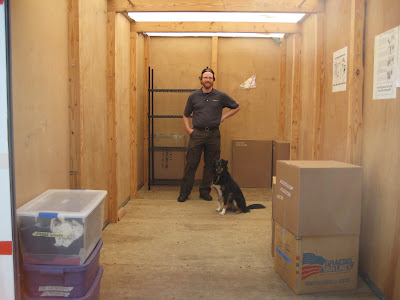 I thought I was done with the semester, except for a final next Wednesday. But thanks to my Contracts teacher, I now have to spend many hours writing a paper this week. Last Wednesday, our teacher sprang a new assignment on us. He informed us we would now be writing a 15-page paper rather than taking a written final next week. Sigh. I would have preferred the final; it would have taken less time. So, this week I'm trying to write the paper in short bursts; I'm trying to write 3 or 4 pages a day. I would have been happier about this assignment if we could skip the last class, but I still have to go. I have no idea what we'll be doing.
Posted by Sharon Kwilter at 12:07 PM