I was cruising through the 1907 Mott's Plumbing catalog again tonight trying to work out the shower design (again) and I came across this picture of the Plaza bathroom. 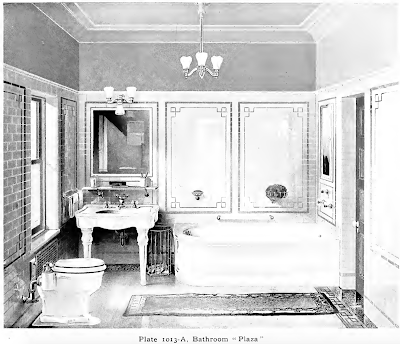 As I looked closer, I realized not only did it use the design I was considering for our shower tile, but it also had a nearly identical pattern on the floor to what we chose. This is pretty exciting for me, because I'm a historic research freak. 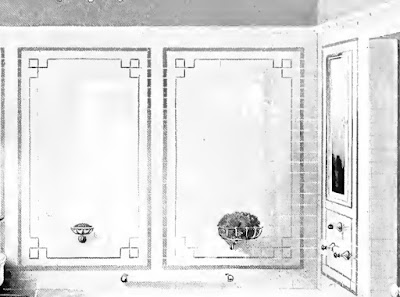 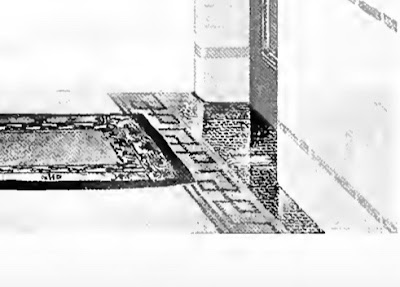 I still haven't entirely figured out the plan for the shower enclosure. I can't get a period shower as they aren't made anymore and I'm not rich enough to have one made, but I will do what I can to come up with something that doesn't look too modern. I was actually really surprised to see angle brackets on this shower enclosure from the same 1907 catalog. 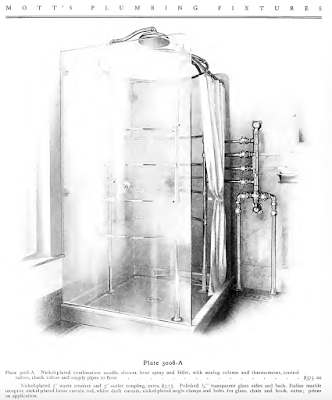 If you look really close at the left edge of the glass, there are metals tabs holding it together. That makes me feel a lot better about having to use a few in our shower design. I guess there are really only so many ways to hold glass together, so it's not a huge surprise they thought them up by 1907.


I also found shower parts that resemble what I ended up buying for our shower. 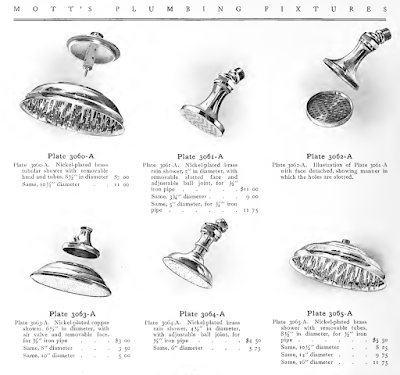 Now I'm not as concerned about our shower now, as I'm pretty sure we can get it to look good.

Ooh, just found a 1914 version of a Mott's bathroom catalog and it looks like by then they'd figured out shower doors. If you're interested, you can take a look here.