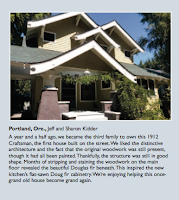 In better news, our house appeared in the Family Album section of the June issue of American Bungalow magazine! I hadn't realized it would be in there; a friend mentioned to us she'd seen the house in the magazine.

(Our contractor initially submitted the house photos, so yes, we did give permission. But we never heard back about if/when it would actually be published.)

I think it's a somewhat funny crop of the photo of the house and not terribly attractive, but it is still our house! 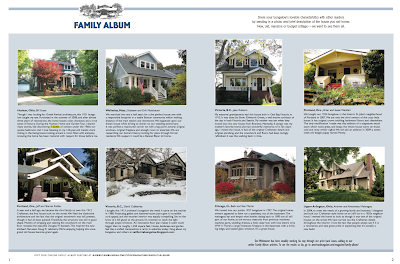