Jeff and I are thinking about moving out of Portland. We LOVE our house and we love the neighborhood, but Portland? Not so much. Since moving back to the Portland area in 2010, we have seen our property taxes more than double (partially due to our remodel, but also due to the frequent bond measures that the city relies on so much for funding). There are homeless people camping on our sidewalks and in our parks and increasing reports of violence and crime.

Now, when we are expecting a package delivery, we have to hang out in the living room so we can watch for packages and quickly grab them before the porch thieves. Over the last year or two, I've seen several videos posted to Reddit by folks who have security cameras showing the package crime and from what I can tell it is too petty of a crime for the Portland police to try and respond.

Portland seems to be quite at a loss how to deal with its growth and quickly rising housing costs. They are allowing developers to tear down cute affordable houses, and rebuild with fugly expensive boxes, like this that sold for over $900K.
Some historic neighborhoods, including the Laurelhurst neighborhood, are trying to apply for Historic District designation to protect against the escalating number of demolitions, and from what I can tell, Oregon's response was to introduce HB2007 to protect developer profits by removing the protections provided by these historic neighborhoods. Luckily, they failed, this time, but I don't have a lot of faith that they won't keep trying and eventually succeed.

There are increasing reports of beautiful homes, like this one on NE Thompson, being demolished or being scheduled for demolition. (That sign was a notice "to be demolished" back in March. I'm not sure whether that beautiful house was actually demolished or not. I'm afraid to look.) I simply can't take it anymore. It makes me too sad. 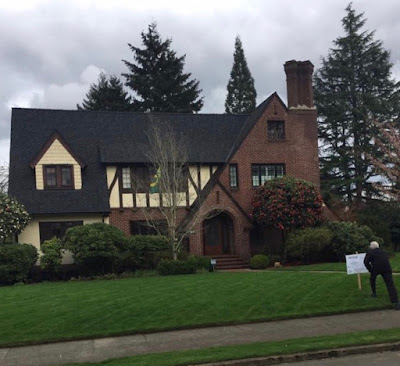 So, when we recently went on a visit to Prineville, Oregon, we looked at houses in a new development. (Prineville is a bit east of Bend, Oregon.) We are definitely considering moving. We could buy a pretty decent house for less than half the cost of a comparable house in Portland and also pay less than half the property taxes. That would help our retirement savings last longer, so it's a pretty compelling argument. 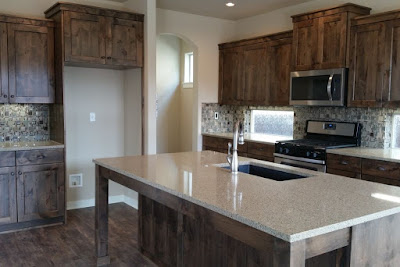 Posted by Sharon Kwilter at 5:37 AM