Oregonian 18 Dec 1910
Old People's Home Monument to J.P. Mann
Institution at Laurelhurst Soon to Be Opened Is Provided With Every Comfort; Is Credit to City

Another institution will soon be opened in Portland, one which will be a credit to the city and will rival anything of its kind In the West. It is the Old People's Home which is being erected by Mrs. P.J. Mann in memory of her husband, the late Peter J. Mann, who died in the Spring of 1908. The building is completed and as soon as the grading is done around the house, the dedicatory exercises will be held.

Situated on the highest area in Laurelhurst, surrounded by more than seven acres of land, and commanding an unsurpassed view of wooded hills and pretty homes, the three-story brick structure is imposing and beautiful. A driveway is being made around the building, which will be set off in the front by parkgrounds, with grass and artistically arranged flowers.

The building is modern throughout and is equipped with down-to-date devices. In the high basement is a large, conveniently-arranged kitchen. Opening into a pantry next to the kitchen are two built-in refrigerators. The doors and walls of these are cork-lined and ice is supplied through a clever device from the outside. One of these is supplied with shelves, while the other is arranged with hooks for meat and such.

Comforts Provided for Men
On this floor is the men's smoking and billiard room, which is light and comfortable and hung with attractive electric light drops. There are also on this floor bedrooms for helpers, storerooms, toolroom, laundry-room, and a fumigation-room to be used in case of illness.

The entire first floor can be appropriately termed elaborate. All entrances are fitted with glass doors with square lights. These open into small halls, connected with the main hallways by glass doors, making the halls light and pleasant. The woodwork is of the best and the fixtures are exceedingly attractive.

With its many windows, which command a view of exceptional scenic beauty; its wide-mouthed fireplace and handsome chandeliers, the dining-room is one of the most attractive rooms In the building. Adjoining this is the serving pantry, connected with the kitchen below by dumbwaiters, provided with marbletop tables and a large steamtable when food can be kept hot.
Opening off the dining-room is a small, pleasant breakfast-room to be used by invalids or as a place to hold afternoon teas. Next to this are the office and reception-room and superintendent's rooms. The men‘s sitting-room and the library both have open fireplaces.

Mrs. Mann is greatly pleased with the fact that the Woman's Club recently voted to present her with a grandfather’s clock to be put in the main hall. One wing of this floor is for the use of women and the other for the men, each side being provided with a sunporch 40x12 feet. These porches have walls of glass and are fitted with screens, making them ideal lounging place during the Summer. It is planned to furnish these with rugs, couches and easy chairs.

Especially light and airy is the woman's sitting-room, overlooking the court. This will be furnished by the First Presbyterian Church.

Another large and pleasant room, which promises to be one of the finest in the building, Is the social hall, which has many large windows and an open grate, also a place arranged for speakers, so that church services can be held there. Another feature will be the furniture. This was given to Mrs. Mann by her father as a wedding gift. Over the mantle will hang an enlarged picture of Mr. Mann.
One or the parlors on this floor will be furnished by Mrs. J.G. Mack, while a bedroom is being fitted out by Mrs. S. Frank.

On the second floor are located most of the bedrooms. Here also is a cosy little dining room with a serving pantry, connected with the kitchen below by dumb-waiters. These are to be used by those who are too feeble or ill to go downstairs to the main dining room. A dispensary has been arranged which will be equipped with the necessary requirements of invalids, hot water bags, home remedies and quick-aid materials. There is also a sewing-room which will be for the use of all the Inmates.

Furnishings Donated
Bedrooms upon this floor will be furnished by the following: Mrs. H.L. Pittock, Mrs. H.S. Gile, Mrs. Hannah Robertson. Mrs. H.C. Ewing, Hank Robertson and George B. Cellars. Mrs. Mann will also fit up a room with furniture which belonged to her mother.

Throughout the entire building there are wide light halls; baths and lavatories equipped with the latest appliances in plumbing fixtures; large closets; linen and supply rooms, and cloak and hat rooms.
Inmates of this home will be treated as guests and not as objects of charity. This was Mrs. Mann‘s idea. “This way of looking askance at a person who is an inmate of an old people’s home," she said. “is all wrong. There are many elderly persons, genial and well educated, who are alone in the world. To these this institution will offer the desired home atmosphere."

A fixed sum will be set as a life membership fee, and those who desire can pay a certain amount each month. Admittance fees will not be ample to maintain the home, and until it is well established there will be, no doubt, considerable expenses.

To plant a portion of the grounds to small fruits and vegetables, is the plan, and chickens will also be raised. This will help in the expense maintenance.

Husband's Ambition Realized
Shortly before Mr. Mann's death, be conceived the idea of building an institution for old people. He personally selected a site, but he died on Thursday and the papers were to be signed on the following Tuesday.

Remembering it was one of his pet ambitions to have the home erected, Mrs. Mann has personally supervised this work. She visited the East to get ideas, and has seen to it that everything is of the best and modern.

With Mrs. Mann it baa been a work of love, and the handsome structure stands as a monument to her husband. Upon the gray cornerstone is inscribed: “In Memory of P.J. Mann. Erected by His Wife, A.M.E. Mann." What could be a more fitting monument? 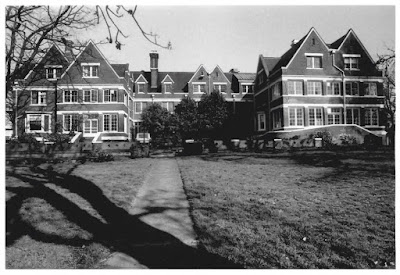 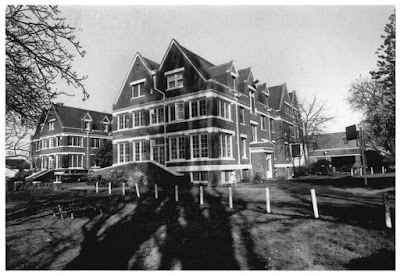 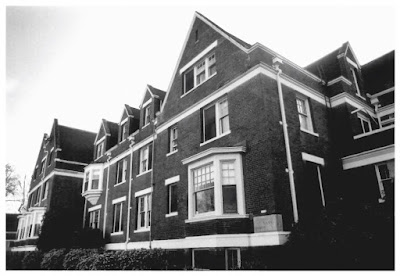 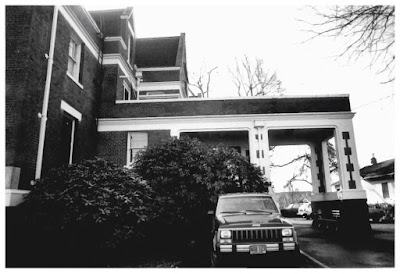 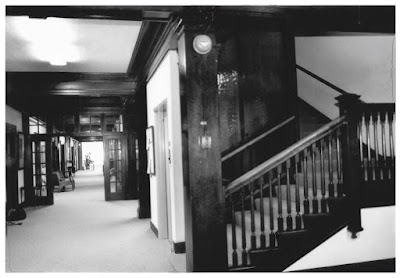 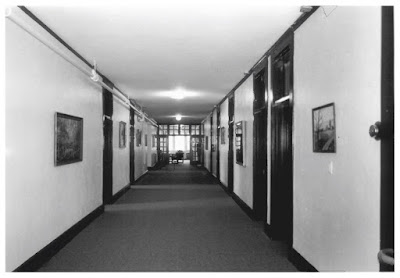 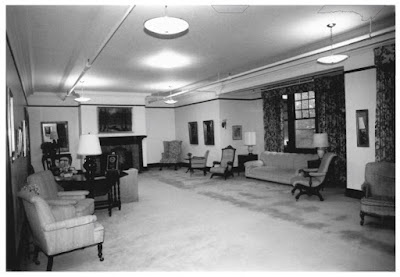 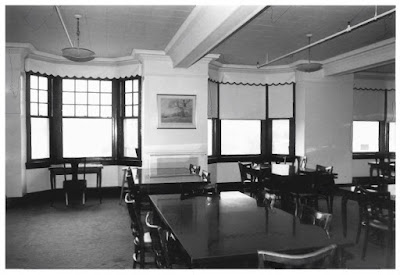 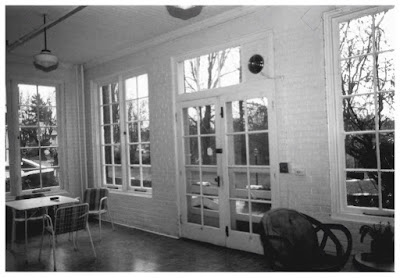 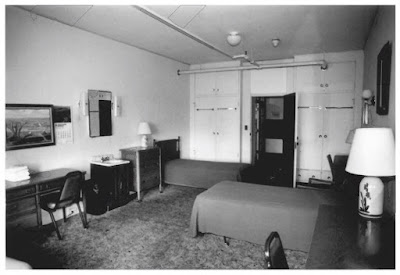