I've never had hostas before, but I constantly see them in photos of shade gardens and when I learned they survive fine under black walnuts I decided I should probably add them to our plant shopping list.

A couple of weeks ago when I was working on my plant layout for the hidden garden I ran across this deal: Hosta Bumper Crop Mix (10) for $10 plus shipping. Having learned from my past experience with fraudulent online sellers, before I considered ordering I looked them up on Dave's Garden and they had acceptable reviews. I don't expect every company to be perfect, but I do expect them to fix their mistakes.

Anyway, I ended up spending $28 on 20 bareroot hostas. Since most of the hostas I see at nurseries are at least $6, I figured if at least 5 of them lived I'd be ahead. LOL  They arrived a couple of days after I ordered them.
They looked healthy enough. At least they looked alive.

One thing I did badly when I ordered is I forgot to consider my pot situation. I was almost out of gallon pots. So, when these came, I had to cram most of them into deep 4" pots, which some of them clearly didn't like. 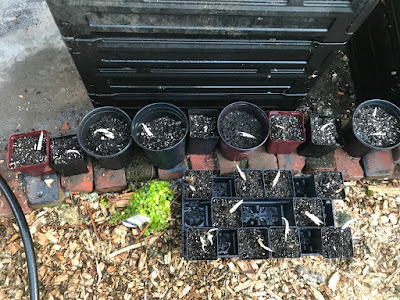 Over the past week it was obvious which weren't going to make it in the little pots and we've put those in the ground and they're doing well now. (I'm not including photos of all of the hosta in the ground.) 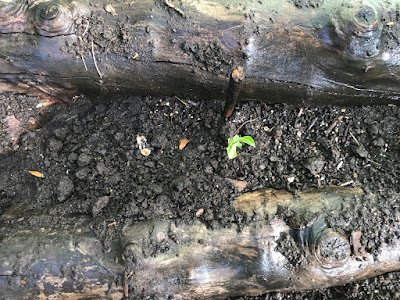 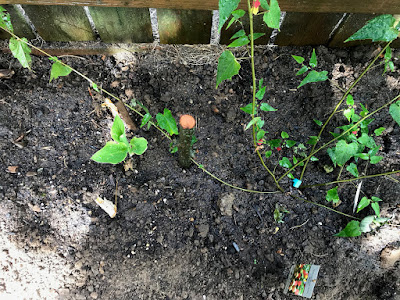 And the rest in the pots, only about 10 days after I planted them. 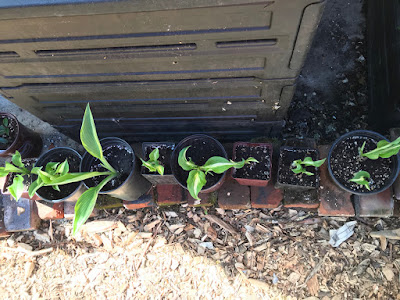 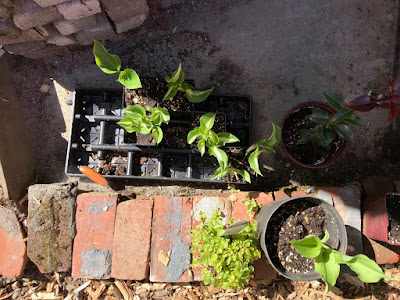 I don't know my hosta varieties, but it does look like I only got two different kinds. It would have been nice to have more variety, but if you don't care what kind you get, this particular deal was a great bargain.

Update later: Got them all in gallon pots and it looks like there might be 3 varieties. I hope to get all these in the ground in September, once we have the black walnut tree pruned. 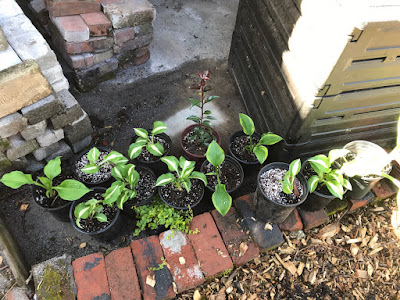 Posted by Sharon Kwilter at 1:18 PM